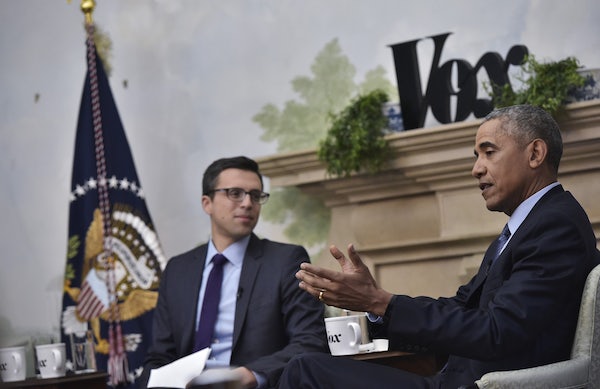 In an interview Friday morning with Ezra Klein and Sarah Kliff of Vox, the president had a punchy and provocative message for President-elect Donald Trump and congressional Republicans: “If you, in fact, can put a plan together that is demonstrably better than what Obamacare is doing, I will publicly support repealing Obamacare and replacing it with your plan.”

Obama stressed that supporting the law, modeled on the approach of former Massachusetts governor and 2012 Republican presidential nominee Mitt Romney, wasn’t about preserving his personal legacy—“Keep in mind I’m not the one who named it Obamacare!”—but his support of any new law would be contingent on the Affordable Care Act’s beneficiaries continuing to be covered, and that they not be discriminated against for pre-existing conditions.

The president also pointed out that such an outcome is unlikely. Republicans still have no plan to replace Obamacare, and they’re realizing the political perils of doing away with it. Repealing the law without a replacement, Obama said Friday, would be “a huge disservice to the American people.” At the moment, it’s the only repeal option the GOP has.