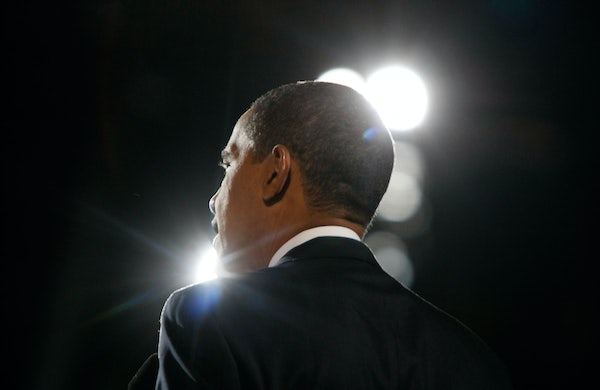 Lynn Sweet of The Chicago Sun-Times was one of the reporters briefed on the big speech Obama is slated to give on Tuesday night, with senior adviser Valerie Jarrett telling them that the president plans to “motivate people to get involved and fight for their democracy.” Days before the Trump era dawns, he’ll talk about the need for Americans to be “vigilant” and continue working for change even in the face of setbacks, exhorting a new generation of leaders to take up this charge. “Obama’s speech is intended to be a rallying cry for despondent Democrats,” Sweet reported.

Let’s hope so. As I argued Monday, the best tradition of the presidential farewell address is a warning about dangers to democracy, from George Washington foreseeing the perils of partisanship to Dwight Eisenhower cautioning against the “military-industrial complex.” To uphold this tradition, Obama should disregard the norm that holds that presidents should not take on their successors in their farewell speech. He should make his final stand against Trumpism as leader of the free world, even if he decides against challenging the president-elect by name.

Given the framing the White House described, the president will also be well-positioned to talk about the kind of work he and his supporters should do in resistance. He’s set to collaborate with former Attorney General Eric Holder on redistricting—a key priority for progressive electoral success in the future. Democrats need to rebuild their party, including at the state level.

In the short term, though, the president has a game-changing, legacy-defining opportunity when he takes the stage at McCormick Place. Here’s hoping he seizes it.