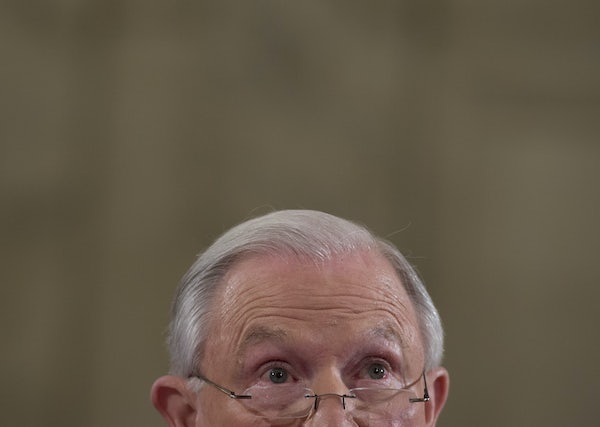 In what was supposed to be the toughest confirmation hearing of Donald Trump’s cabinet nominations, Sessions counted on the collegiality of the Republican members of the Judiciary Committee to smooth his path to the attorney general’s office. There was a lot of smirking and eye-twinkling and jokes about college football. But the biggest assist he received was on the allegations of racism that have dogged the Alabama senator and former U.S. attorney for decades—allegations that scuttled a federal judgeship all the way back in 1986. GOP senators at his confirmation hearing today championed Sessions’s “good heart” and his—widely challenged—civil rights record. And they attempted to cast those allegations as part of an unfounded smear campaign, which Sessions and his colleagues repeatedly referred to as a “caricature” of his actual beliefs.

In a touching display of genteel southern white dude solidarity, Lindsay Graham of South Carolina made a point to ask Sessions how being confronted with claims of racism made him feel. Sessions said it was “painful.” They commiserated over the allegedly unfair association between white Southern conservatism and racism. With the help of Graham and others, Sessions painted himself as the victim: of stereotype, political correctness, Democratic hardball. Stereotype, they suggested, was to blame for his association with racism, not the KKK joke he made that contributed to costing him that district court position in 1986, or the accusations that he called a black subordinate “boy.”

In fact, the hearing served as a kind of long-overdue public rehabilitation program. The claims made against him then were “damnable falsehoods,” he said. The statements he made against Dominican immigrants and the ACLU were taken out of context to bolster that “caricature.” His notorious prosecution of black voting rights activists in 1984 was actually a defense of voting rights. And on it went.

To have any hope of stopping Sessions, Democrats needed to convince at least a few Republicans to switch sides. They likely failed to accomplish that—in fact, Sessions is probably less toxic than he was before the hearing. And it doesn’t bode well for the rest of the hearings to come.