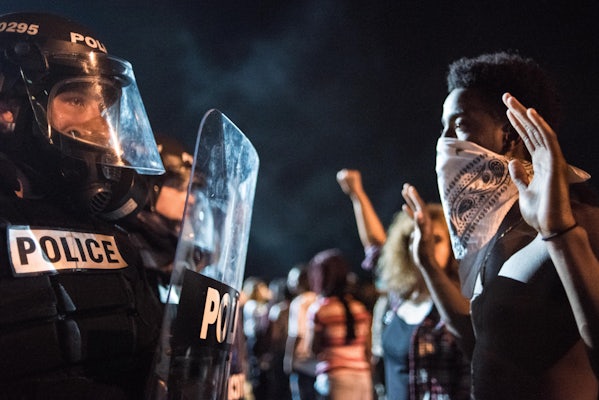 Two-thirds of our cops are in denial about police violence against black Americans.

“Two-thirds of police officers (67%) say the highly publicized fatal encounters between police and blacks are isolated incidents, while 31% describe them as signs of a broader problem,” according to a new national Pew Research Center survey published Wednesday. While most black officers recognize these encounters as “evidence of a broader problem between police and blacks,” only about a quarter of their white and Hispanic colleagues believe the same.

Pew also found that more than nine-in-ten officers see protests against police misconduct as driven primarily or partially by “long-standing bias against the police”—but here, too, most black officers disagree. And a “consistently smaller share of black officers than their white or Hispanic colleagues say the police have a positive relationship with minorities. Roughly a third of all black officers (32%) characterize relations with blacks in their community as either excellent or good, while majorities of white and Hispanic officers (60% for both) offer a positive assessment.”

These findings underscore the challenge, faced by everyone from Black Lives Matter to the U.S. attorney general, of combatting systemic racism in the criminal justice system. To solve the problem, it can’t only be black officers who recognize the tension between law enforcement and the black community—a who acknowledge the source of it.