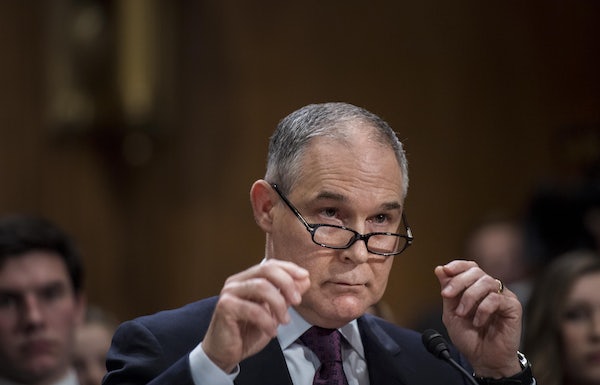 Trump’s EPA is going to be a disaster for science and the environment.

For all the talk about Trump’s populism, his cabinet picks and many of his own proposals, particularly on taxes and regulations, are in line with the ideology of the radical right. Trump’s domestic agenda is one that dramatically favors the ultra-rich at the expense of nearly everyone else, except perhaps coal workers.

Axios Presented by Bank of America has a first look at Trump’s plan to gut the EPA and it is unsurprisingly disturbing if you happen to care about things like scientific research and clean air and water. The Trump administration plans on cutting hundreds of millions of dollars from the EPA’s budget. It plans to stop enforcing Clean Air Act greenhouse gas regulations for new and existing coal and natural gas power plants, fuel economy standards, sections of the Clean Water Act, and plans to clean the Chesapeake Bay. It will also cease to fund scientific research and challenge federal and state permit decisions.

Given Trump’s plan to blow up the Paris climate accords and a congressional plan to give away millions of acres of public lands, Trump’s administration is on track to be even worse than George W. Bush’s when it comes to the environment. What’s perhaps most notable, given Trump’s populism, is that environmental regulation is still widely popular.