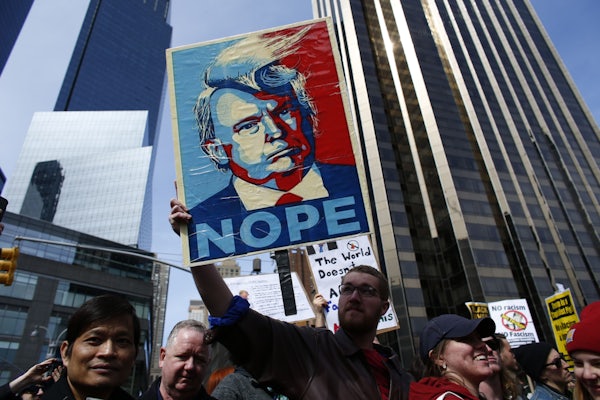 Donald Trump is only slightly more popular than his (very unpopular) executive orders.

Trump’s inner circle has defended his incompetent and far-reaching executive orders by arguing that they have the broad support of the public. For instance, White House policy director Stephen Miller, the executive order architect, reportedly told officials from the State Department, Customs and Border Patrol, and Department of Homeland Security “that the president is deeply committed to the executive order and the public is firmly behind it.” He also urged them “not to get distracted by what he described as hysterical voices on TV.”

But, at best, polling has suggested that there isn’t a clear majority of Americans who feel one way or the other about the Muslim ban. At worst, the polling shows that a clear majority of Americans dislike not only the executive orders, but also Trump’s presidency. According to a Gallup poll released on Thursday, the executive orders are slightly less popular than Trump himself, but that isn’t saying much.

The polling suggests that Trump’s actions were never as popular as his allies claimed, and that the massive protests that erupted nationwide over the last two weeks have been effective in shaping public opinion. That Trump is marginally more popular than his actions is something that his administration should hold on to, but that’s bound to change if Trump keeps doing things that are deeply unpopular. Which he will.