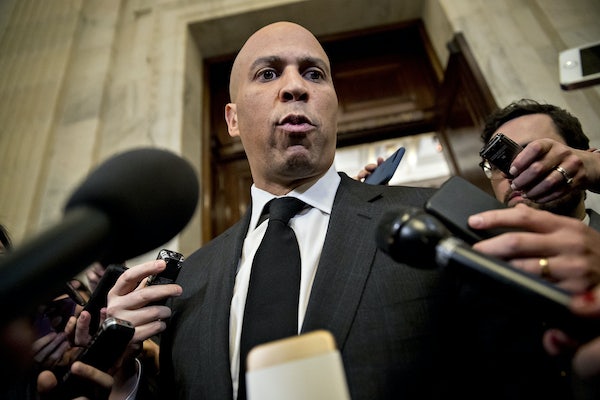 Tuttle is suspicious of this about-face:

How it is that the woman Cory Booker viewed as an ally less than a year ago is now a threat to children’s “safety” is no particular mystery. The senator is planning a run for the presidency in 2020, and he needs to make nice with the teachers’ unions, whose outsized influence in the Democratic party is the only plausible explanation for the unprecedented anathema heaped on DeVos since her nomination was announced.

There were, of course, a host of substantive reasons to oppose DeVos, including for “school choice” supporters. She was woefully uninformed on key federal policy debates, and Booker was rightly concerned about her commitment to civil rights protections. But it certainly doesn’t look like his vote was based primarily on substance. Indeed, in a Tuesday piece on Democratic opposition to DeVos, The Weekly Standard quoted Booker saying that “with a different president, with a different leader, some of the people that I voted against I may have voted for.” Does DeVos fall into that category?

For all his charisma, stirring speeches, and genuine political gifts, Booker’s progressive track record is far from spotless. There’s no doubt he’d be a compelling candidate for the White House, but he’ll also have some explaining to do.