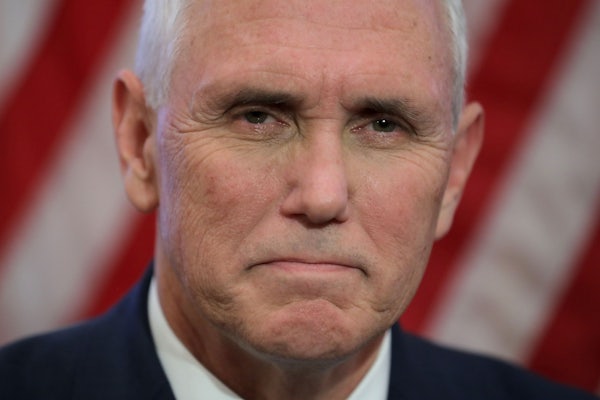 The Trump administration has not yet figured out how to spin Michael Flynn’s resignation and the revelation that members of the Trump campaign were in regular contact with Russian intelligence officials during the 2016 campaign. A lot of unlikely narratives are being tossed at the wall, but the one constant is that Flynn resigned because he misled Pence by telling him that he did not discuss U.S. sanctions against Russia with Ambassador Sergey Kislyak during the transition. Pence then told Face The Nation the same thing, and the revelation that Flynn did discuss sanctions with Kislyak damaged Pence’s standing and eroded trust in Flynn. So he had to go.

This is not an ironclad story. Flynn held on to his job for over two weeks after the White House learned of his supposed duplicity. It also skates over the issue of competence: Pence was in charge of the transition and therefore should have been aware—or at least made aware—of the nature of contacts between Flynn and Russian officials. Then there’s the widely discussed possibility that someone in the transition, perhaps Donald Trump himself, told Flynn to talk to Moscow on the day former President Obama announced sanctions.

But Pence is trying to hover above the fray. On Tuesday afternoon, NBC reported that Pence was not aware that Flynn had misled him until the previous Thursday, shortly before Flynn’s duplicity was made public by The Washington Post.

This raises more questions than it answers, the biggest being why Pence was kept out of the loop. One possible answer is that it is an example of the chaos that has defined Trump’s first month in office. No one knows what’s going on.

Another is that Pence never wanted to be in the loop in the first place. At any rate, it sure looks like Pence is trying to distance himself from the fallout. He can now not only blame Michael Flynn for failing to tell him the truth, but the rest of the leadership team in the White House for failing to inform him about it. Pence’s cover story is very convenient the vice president: It ensures that he’s untouched by the chaos around him.

Pence may simply just want to avoid another headache he doesn’t need. But intentionally or not, he’s also preparing for the worst.