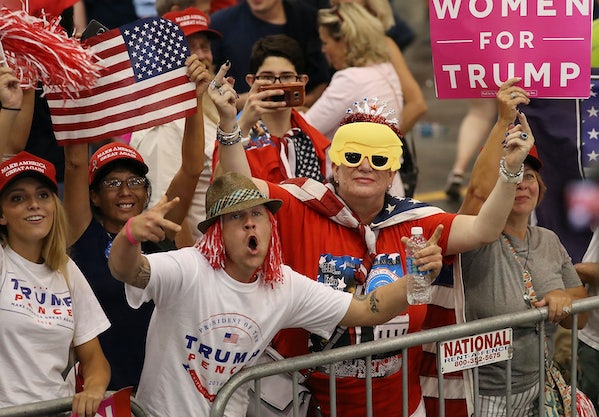 National correspondent Sabrina Tavernise, in a “news analysis” in the Sunday edition, asks the question: “Are Liberals Helping Trump?” The “momentum” of the resistance to President Donald Trump, she argues, “is provoking an equal and opposite reaction on the right. In recent interviews, conservative voters said they felt assaulted by what they said was a kind of moral Bolshevism—the belief that the liberal vision for the country was the only right one. Disagreeing meant being publicly shamed.” Tavernise acknowledges that “[c]onservatives have gotten vicious, too, sometimes with Mr. Trump’s encouragement,” but the overall impression is that liberals ought to be more politically expedient by building bridges to centrist Trump supporters.

But here’s the most insulting passage in the article (emphasis mine):

“The name calling from the left is crazy,” said Bryce Youngquist, 34, who works in sales for a tech start-up in Mountain View, Calif., a liberal enclave where admitting you voted for Mr. Trump is a little like saying in the 1950s that you were gay....

Mr. Youngquist stayed in the closet for months about his support for Mr. Trump. He did not put a bumper sticker on his car, for fear it would be keyed. The only place he felt comfortable wearing his Make America Great Again hat was on a vacation in China. Even dating became difficult....

He came out a few days before the election.

It’s astounding that this reckless analogy survived the Times’ famously tortured editorial process. Supporting a political candidate of any stripe is nothing like being gay. The former is a political belief, subject to change on a whim, while the latter is an elemental part of one’s human identity. But supporting a bigoted political candidate today could not be more different than being gay in the United States during McCarthyism. The government, in what’s known as “The Lavender Scare,” was hunting down and firing federal workers suspected of being homosexual. “Popular magazines, including Time, LOOK, and Life, ran articles about gay men (women were often completely ignored) depicting them as poorly adjusted individuals who were lonely, isolated, and interested in seducing innocent others into their ‘lifestyle,’” Deana F. Morrow, a professor of social work at Winthrop University, wrote in 2001:

[T]he Pre-Stonewall era was an oppressive time to be gay or lesbian in America. Gays and lesbians were portrayed only in negative terms by mainstream media. Medical authorities depicted homosexuality as an illness to be cured, and religious authorities viewed it as a lapse of moral conviction. Furthermore, the legal system provided no options for the protection of the civil liberties of gays and lesbians. In fact, being gay or lesbian meant living with the risk of being arrested or institutionalized because of one’s sexual orientation.

As Bonnie J. Morris wrote at the American Psychological Association’s website, “[I]t would not be until 1973 that the American Psychiatric Association removed homosexuality as an ‘illness’ classification in its diagnostic manuals. Throughout the 1950s and 60s, gay men and lesbians continued to be at risk for psychiatric lockup and jail and for losing jobs or child custody when courts and clinics defined gay love as sick, criminal, or immoral.”

This is to say nothing of the violence committed against LGBT people, then as now. I’m not aware of any mass discrimination against Trump supporters that is threatening their livelihood, their civil rights, or their right to exist at all.