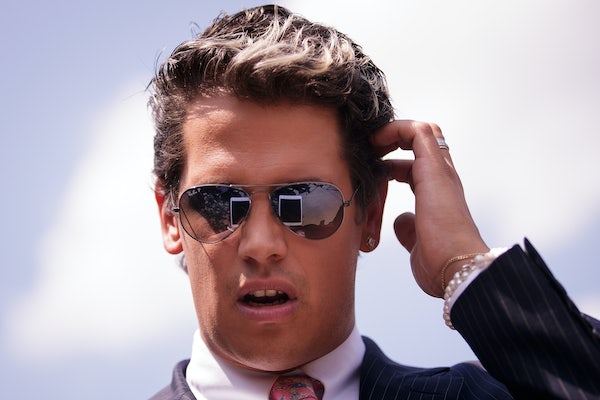 Why are conservatives drawing the line at Milo Yiannopoulos?

Milo, a rising star of the alt-right, has been disinvited from CPAC and lost his book deal with Simon & Schuster after a clip emerged of him endorsing sex between adult men and young teenage boys. His fall has a lot of people wondering just how conservatism reached such a low point that racist misogynists like Milo have become celebrities.

Matt Lewis writes in The Daily Beast of seeing young activists walk right past the legendary Phyllis Schlafly at CPAC years ago, apparently unaware of who she was, in order to check out the latest shocking personalities. He concludes:

It’s a long way from speakers like William F. Buckley, Jeanne Kirkpatrick, and Phyllis Schlafly to Milo Yiannopoulos, but who thinks that just because he was disinvited in 2017, the trend will end here? Will next year’s invite include Julian Assange, Richard Spencer, Piers Morgan, and Alex Jones? They may not be conservative, but it’ll make for a hell of a show. The conservative movement is a very big tent—a tent that now houses the greatest freak show on earth.

The real question, though, is when the freak show actually began. The late Phyllis Schlafly, as a key example, built her own political movement as a right-wing conspiracy monger railing against “the secret kingmakers” of the old Eastern establishment. In terms of the modern gender politics in which Milo has excelled in creating controversy, she was notable for opposing the very idea of marital rape as a legal concept: “By getting married, the woman has consented to sex, and I don’t think you can call it rape.” These are comments that would not be out of place on Breitbart today—and yet Schlafly is held up as some kind of grande dame of conservatism.

Buckley, of course, was a longtime champion of white identity politics. He endorsed segregation and black disenfranchisement in 1957; called for police to suppress the Selma marchers in 1965; and staunchly championed Apartheid-era South Africa in 1985.

So what new line, exactly, are the likes of Milo, Spencer, or Jones actually crossing?