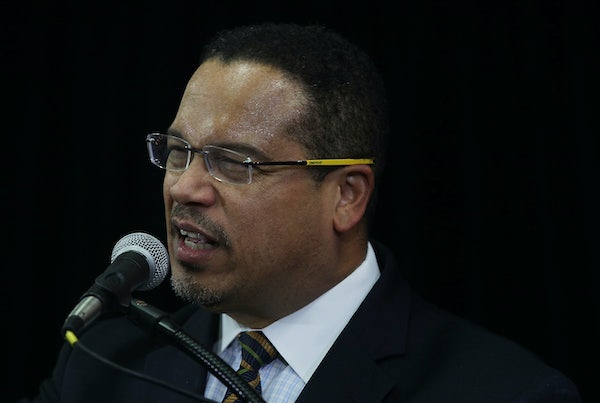 This morning, Howard Dean endorsed Pete Buttigieg for DNC chair on Morning Joe, a segment that Trump surely watched during his allotted TV time. A few hours later, he weighed in on the race:

Back in July 2015, in an appearance on ABC, Ellison urged Democrats to “get ready” for the possibility that Trump would clinch the Republican nomination, which was vigorously laughed down by George Stephanopoulos and Maggie Haberman.

On the one hand, getting a shoutout from Trump is not great for anyone in the DNC race. And we can’t neglect to note Trump’s child-like inability to not make everything about big boy Trump. (Ellison fired back on Twitter with an appropriate response.)

But, on the other hand, Trump is actually pointing out something truly positive about Ellison—that unlike most Democrats, he grasped the threat of Trump’s presidency and gauged the sentiment of the country early on. It’s an instinct that is well-suited for someone who wants to head the DNC. In the most self-congratulatory way possible, it seems that Trump has accidentally made a good point.