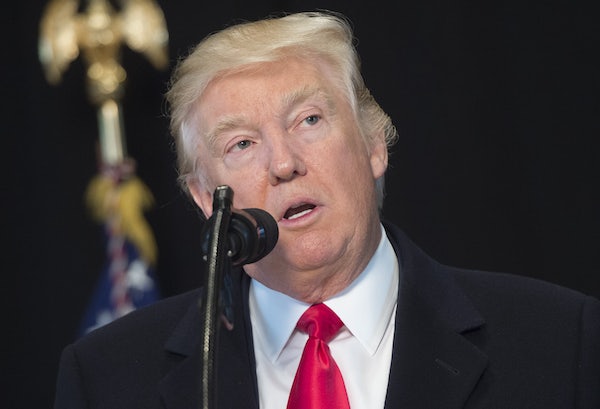 The bar for a sitting president has reached a new low.

President Trump’s rather perfunctory statement yesterday on the new wave of anti-Semitic attacks is earning him some qualified praise in the media.

WELL, YESTERDAY didn’t go too badly. President Donald Trump went to the African-American History museum, where he disavowed racism and spoke out against a new wave of anti-Semitism. He didn’t tweet his thoughts until 6:23 p.m., when he said the “so-called angry crowds” at town halls around the country were “planned out by liberal activists.” There were no massive blowups to speak of. Sean Spicer seemed spry during his press briefing, too.

Here’s a sample of some headlines:

Is this the low bar we’ve reached? After the administration All-Lives-Matter’ed the Holocaust, Trump condemning anti-Semitism in a monotone voice counts as a comparatively good day. (The Times, to its credit, contextualized the remark by declaring it a “first.”) As for any praise of Sean Spicer being “spry,” this was the same day in which he pushed back against the Anne Frank Center: “I wish that they had praised the president for his leadership in this area.”