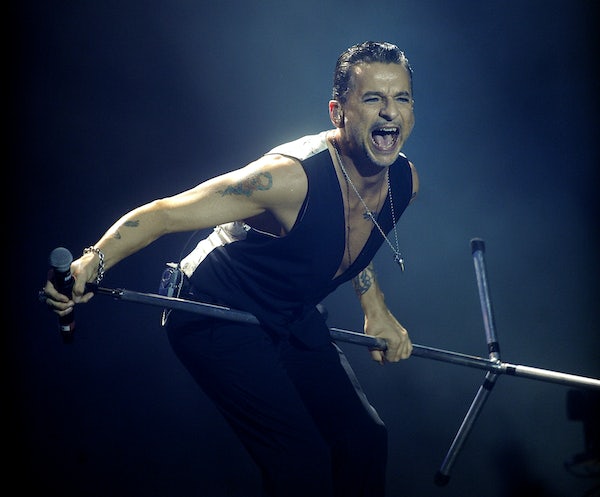 During a press gaggle at the Conservative Political Action Conference on Thursday, the alt-right founder said this of the iconic British techno-rock band:

Spencer once posted to Facebook his ranking of all the band’s albums, clearly demonstrating that he just can’t get enough of them. However, he really should try to enjoy the silence while he can. When asked for comment, a spokesperson for the band told Gothamist: “That is a pretty ridiculous claim. Depeche Mode has no ties to Richard Spencer or the alt right and does not support the alt right movement.”

As Gothamist points out, lead singer Dave Gahan just this month compared Trump to Adolf Hitler: “The things that he’s saying sound very similar to what someone was saying in 1935. That didn’t work out very well! The things that he’s saying are cruel and heartless and promoting fear.” In its latest video, “Where’s the Revolution,” the band rips exactly the sort of fascist demagoguery that Spencer and his ilk are spreading.

Spencer was later ejected from CPAC, as part of the conference’s muddled attempt to shake the disease of fascism.