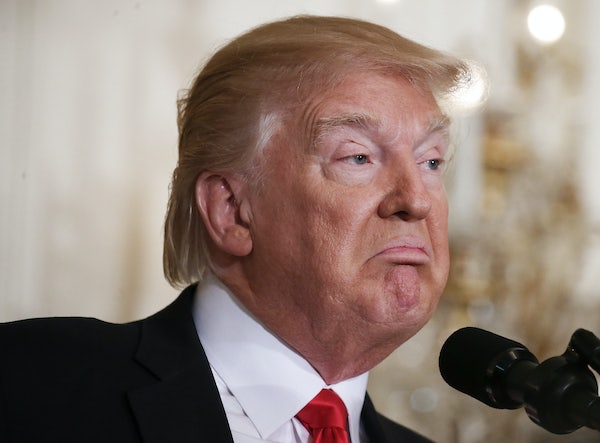 Donald Trump thinks all the humiliating things about him should be classified information.

In implicitly confirming that, yes, his chief of staff Reince Priebus did in fact interfere in the FBI’s investigation of Trump’s ties to Russia, the president suggested the disclosure, first reported by CNN, somehow broke the law.

Any attempt to squash an FBI investigation is wildly inappropriate and possibly illegal, but telling a reporter that the White House is trying to squash an FBI investigation is not. At least not yet. This is all amusingly pathetic, but it’s also a dark depiction of a the fantasyland Trump inhabits, where embarrassing him is or should be illegal. And now he has the power to make it so.