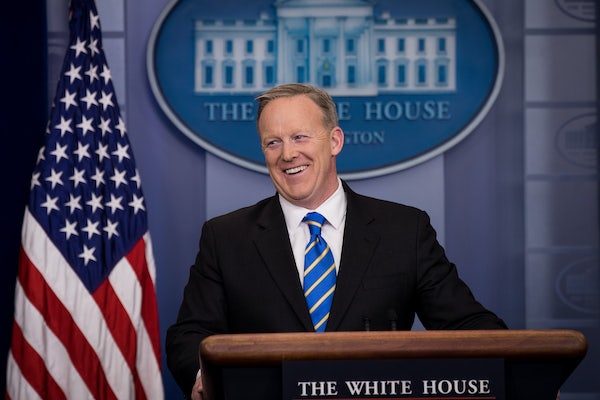 Sean Spicer turns the White House into a safe space for conservative media.

At CPAC on Friday, President Donald Trump reiterated his belief that press outlets spreading “fake news” were “the enemy of the people.” White House Press Secretary Sean Spicer took this to heart, blocking reporters from CNN, The New York Times, The Los Angeles Times, Politico, and other outlets from attending an off-camera press gaggle at the White House. Conservative outlets like Breitbart, the One America News Network, and The Washington Times were allowed to attend.

The Associated Press and Time have boycotted the gaggle in protest.

Trump’s war against the press keeps getting worse. It’s only a matter of time before Alex Jones and the National Enquirer get front-row seats at the daily briefing.