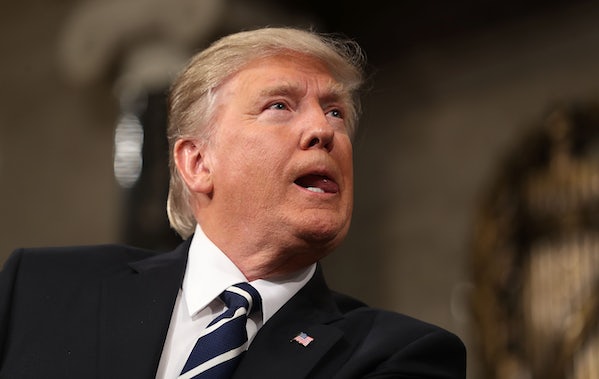 Today is Rare Disease Day. It’s meant to honor people who live with uncommon, sometimes life-shortening, medical conditions—a necessary moment of visibility. But Trump seems to think that it is about him and his party. During his address to a joint session of Congress on Tuesday night, he highlighted special guest Megan Crowley, who lives with Pompe disease.

“An incredible young woman is with us this evening who should serve as an inspiration to us all,” he said. “On receiving this news, Megan’s dad, John, fought with everything he had to save the life of his precious child.  He founded a company to look for a cure, and helped develop the drug that saved Megan’s life.”

This is a nice story, but it’s not the sort of cautionary tale that Trump wants it to be. Megan’s experiences are not necessarily evidence that the FDA’s approval process needs an overhaul. Further, most fathers can’t afford to found companies. Many can’t even afford the health care their children need to survive.

Trump isn’t going to make that easier, either. He used a portion of tonight’s speech to stump for Republican policies that would dramatically impact sick and disabled Americans. His remarks sketch the outline of a draft Obamacare replacement that leaked last week. As I noted, that plan allows governors to cut Medicaid, restrict benefits, and shunt people with disabilities into “high risk pools” that aren’t sufficient to meet their health care needs. It’s terrible for people with disabilities, and it is spectacularly offensive for Trump to promote this plan directly after lauding the inspirational life of a woman who’d face discrimination if it’s enforced.