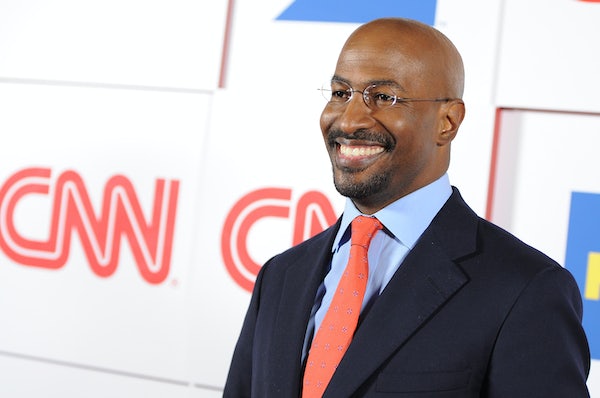 CNN drooled all over Trump’s speech.

The most stunning comments came from progressive pundit Van Jones, who was effusive about Trump’s honoring of fallen Navy SEAL Ryan Owens and his widow Carryn, who received a long standing ovation. “He became President of the United States in that moment. Period,” Jones said, calling it “one of the most extraordinary moments you’ve ever seen in American politics. Period.” He went on to say Trump’s speech “forces a reset for progressives.”

Most of the CNN panel ran with this theme. Former Senator Rick Santorum was convinced Democrats were excited about Trump’s big spending priorities. Wolf Blitzer concluded that Trump’s “very polished performance” was “getting very good reviews” across the political aisle. And when Majority Leader Mitch McConnell appeared on the network, he said, “I find myself in agreement with Van Jones for the first time in my political life.”

Jones argued that Democrats need to give Trump credit where it’s due—and that they deny his political success at their peril. Trump’s speech was superficially effective, but ultimately he did little more than stay on script and wear a decent tie for once. Democrats should hold the president to a higher standard, even if their allies on CNN won’t.