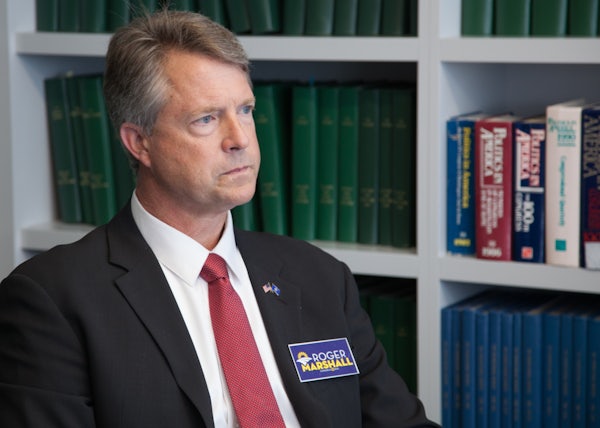 Representative Roger Marshall is a longtime obstetrician who won a Kansas House seat least year and joined the GOP Doctors Caucus. But in an interview Friday with the medical news publication STAT, the anti-Obamacare doctor made a major misdiagnosis of America’s health care system.

“Just like Jesus said, ‘The poor will always be with us,’” he said. “There is a group of people that just don’t want health care and aren’t going to take care of themselves.”

The congressman went on to blame Americans on Medicaid for their ailments.

“Just, like, homeless people. … I think just morally, spiritually, socially, [some people] just don’t want health care,” he said. “The Medicaid population, which is [on] a free credit card, as a group, do probably the least preventive medicine and taking care of themselves and eating healthy and exercising. And I’m not judging, I’m just saying socially that’s where they are. So there’s a group of people that even with unlimited access to health care are only going to use the emergency room when their arm is chopped off or when their pneumonia is so bad they get brought [into] the ER.

Jesus, of course, wouldn’t have said any of this. But for a member of a Republican Congress hell bent on repealing health care, it’s not entirely off script.