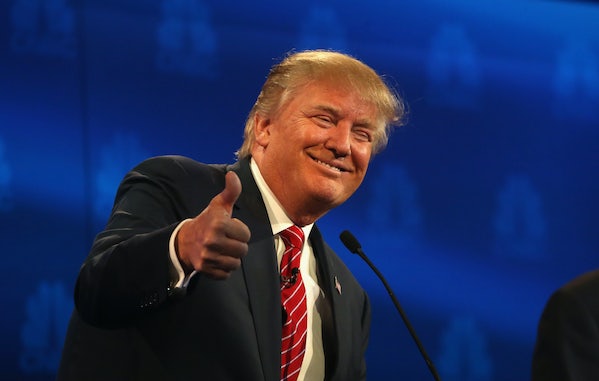 This is why Donald Trump is tweeting about Guantanamo.

Tuesday should have been one of the most consequential days of his presidency, coming a day after House Republicans dropped their shiny new health care bill. Ordinarily, you would expect a grand rollout and a show of unity. But Trump paid only cursory notice to the bill, and in the process threw it under the bus. Instead, he did what he does practically every morning: watch television and tweet about it. And one item on Fox and Friends got Trump’s notice: A report on the number of released Guantanamo prisoners who had “re-engaged” in terrorism.

The fact that Trump, who as president of the United States presides over the country’s giant intelligence-gathering apparatus, is getting his information from Fox & Friends, perhaps the least insightful program on television, is damning. But it also suggests that he has finally settled on an approach to dealing with his many shortcomings as president: blame his predecessor for the country’s problems.

There are are two problems with this strategy. The first is that Barack Obama is extremely popular, much more popular than Trump himself. (This strategy worked for Obama, who blamed Bush a lot during his first term, because people mostly understood that Bush was to blame for a lot of terrible things.) The second problem is that Trump is just bad at this. So far, he’s made the preposterous claim that Obama “wiretapped” him as part of a Nixon-esque plot to steal the election and the false claim that Obama released 122 Guantanamo prisoners who then reengaged in terrorism.

Trump wants to make the case that his administration is being kneecapped by shadowy Obama loyalists who have burrowed deep inside America’s bureaucracy. But for it to work, he’s going to have to be better than this.