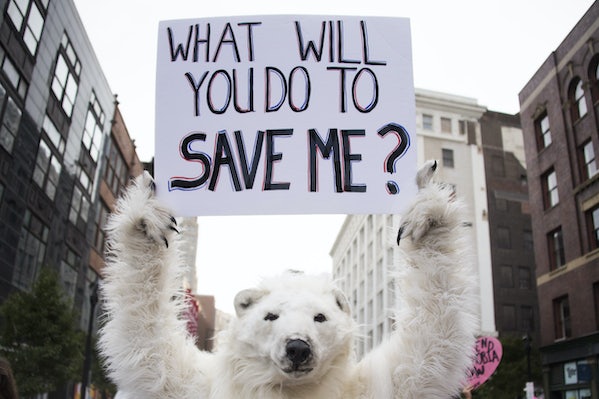 Seventeen GOP members of Congress signed a resolution on Wednesday promising to take “meaningful and responsible action” to address human-caused climate change. It is the largest number of Republicans ever to join an action-oriented climate initiative in “maybe ever,” said Jay Butera, a congressional liaison for Citizens’ Climate Lobby, which helped put together the resolution. “I’ve been working on this issue for 10 years,” he told me. “This is a high water mark.” Of course, these 17 Republicans represent just 7 percent of the House GOP.

The resolution, which is entirely symbolic, is a remake of a 2015 pledge which put 11 House Republicans on record agreeing with the scientific fact that humans cause climate change. Like the 2015 resolution, this year’s resolution states that it’s a “conservative principle” to “be good stewards of our environment, responsibly plan for all market factors, and base our policy decisions in science and quantifiable facts on the ground.” It acknowledges that, left unaddressed, climate change will have devastating impacts on “key economic sectors,” as well as on vulnerable populations.

This year’s climate resolution was introduced by three Republican representatives: Carlos Curbelo, Elise Stefanik, and Ryan Costello. Curbelo has been particularly outspoken on climate change for a Republican, likely because his home state, Florida, is at risk of sinking into the sea.