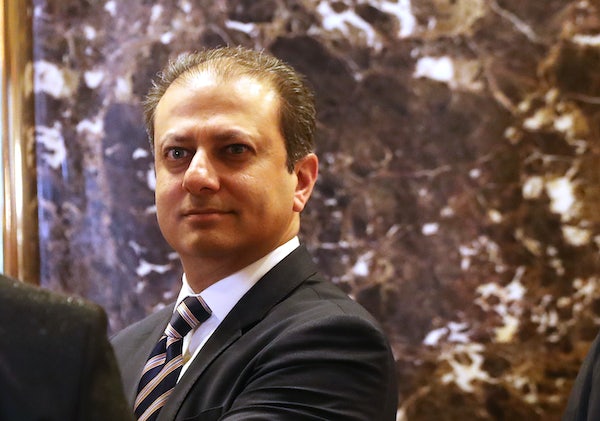 Preet Bharara was reportedly investigating HHS Secretary Tom Price when he was fired.

The timing of Bharara’s firing was always strange. While it’s not abnormal for an incoming administration to ask for U.S. attorneys to resign after taking office, it is abnormal to do so 50 days into a term and with practically zero notice. It’s even weirder to do so after telling an attorney—Bharara, in this case—that he would be kept on, as recently as two days before he was canned.

As with most things Trump-related, Occam’s razor has always pointed to incompetence. The Trump administration has not been here before and does not know how things are done; in the hands of Trump and his aides, even simple maneuvers are badly mishandled. But in this caser, smoke is beginning to point to fire.

Bharara had been asked to investigate potential violations by Trump of the Emoluments clause two days before he was asked to resign. And on Friday, ProPublica reported that Bharara was in the middle of investigating Health and Human Services chief Tom Price for insider trading and for trading health stocks while introducing health legislation as a congressman. It is unclear exactly which transactions Bharara was looking at—though there are many possibilities! But Bharara’s firing already raised more questions than it answered, and this additional information only makes the timing more suspect.