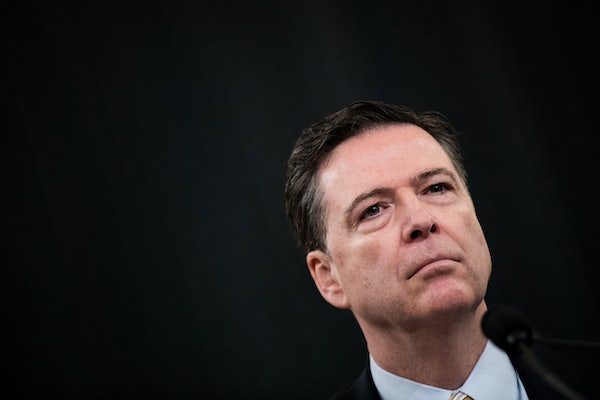 James Comey just obligated himself to disclose every major development in the now-confirmed Trump-Russia inquiry.

This is why I’ve been hesitant to assume the FBI director has applied different standards to Hillary Clinton and Donald Trump. Comey broke silence about Clinton last summer at (what he believed to be) the conclusion of the FBI’s investigation of her email practices. That was a precedent-setting mistake, which initiated the chain of events culminating in his infamous late-October/early-November letters to Congress that likely cost Clinton the election.

That precedent obligated him, if he has any integrity, to treat any high-public-interest investigation of Russian election interference, and potential Trump-campaign collusion, the same way. By confirming that investigation is ongoing, as he did before the House Intelligence Committee Monday, he indicated an inclination to be consistent.

One of his standards (the duty to update testimony to Congress to keep it current and accurate) now obligates him to keep Congress apprised of the status of the Trump-Russia investigation. Another of his standards (the importance of commenting publicly, at the conclusion of a case of great public interest, especially when the attorney general may be conflicted) obligates him to disclose his views of this case if it ends without prosecution.

Comey has, in other words, set in motion the same chain of events that guided him during the Clinton investigation. This is all just getting started; we should anticipate hearing much more from him.