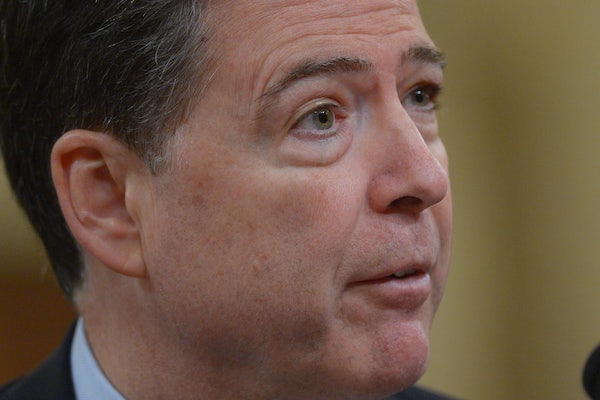 How will Trump respond now that James Comey has shot down his insane “wiretapping” allegations?

House Republicans have done their damnedest to make today’s hearing about Russian involvement in the 2016 election not about Russian involvement in the 2016 election. Instead, they’ve spent most of the hearing’s first two hours discussing leaks and leakers. Trey Gowdy, who leaked a ton during his Benghazi witch hunt, made it very clear he would love to throw a reporter or two in jail.

But despite their attempts at running four corners offense, the two biggest pieces of news to come out of the hearing are both incredibly damaging to Trump. First, Comey revealed that the FBI is investigating his campaign’s relationship with Russia and has been investigating it since July. And then Comey said there was no evidence of Trump’s repeated assertion that Trump Tower was “wiretapped” by Barack Obama.

The first piece of news means that the Russia story isn’t going anywhere. (It also suggests that Comey is trying to protect an investigation he sees as being very important.) Comey set a precedent by informing members of Congress about developments in his investigation into Hillary Clinton’s email server, and he will be expected to follow that precedent with the FBI’s investigation into the Trump campaign’s relationship with Russia.

The second piece of news was less explosive—everyone expected Comey to say as much—but it’s still very important, because Trump and his closest aides have refused to let go of the highly dubious claim. They have made the specious argument that Trump was using “wiretapping” as a stand-in for general surveillance, which means that they will use any shred of information that suggests Trump was right.

Is the now-confirmed FBI investigation the shred of information Trump is looking for? Is he going to say that Comey basically confirmed his allegations? This would, in a way, square the circle. But it would also underscore the fact that Trump had some rather dubious ties to Russia during the election, which is precisely the kind of talk Republicans have been trying to avoid all day long.