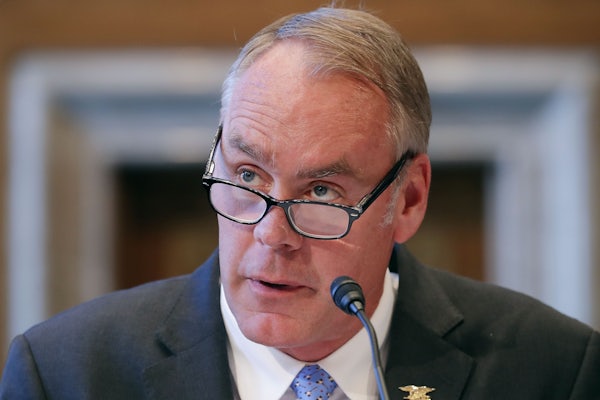 The Trump administration is defending its coal policy by saying “there’s no such thing as clean energy.”

On Wednesday, Interior Secretary Ryan Zinke officially rescinded an Obama-era policy that banned coal leasing on public lands across the country. The day before, in defending President Donald Trump’s decision to do this, Zinke made an interesting argument: that when it comes to coal’s impact on the environment, renewable energy is basically no better.

Zinke made this claim in a radio interview with Fox News’s Brian Kilmeade. Kilmeade noted that although Trump has promised “really clean coal”—or coal mining that’s better for the environment—there’s the argument that clean coal does not actually exist. Zinke shot back: “You look at, is there such a thing as clean coal? Well, there’s no such thing as clean energy.” Here’s the full exchange:

KILMEADE: Remember Joe Biden said when he was running in ‘08, “There’s no such thing as clean coal.” I understand today you are rescinding a ban on coal leasing on federal lands. Are you hurting the environment to help jobs?

ZINKE: We’re not hurting the environment. You look at, is there such a thing as clean coal? Well, there’s no such thing as clean energy. Even wind comes at a cost, when you wanna talk about migratory birds and cutting through. But coal, can we do it better? Absolutely. It is better to export cleaner coal oversees than have China use low-quality, high-sulfur coal.

Clearly every source of energy has an environmental impact. Wind and solar both require tons of land to operate at large scales, raising concerns about habitat loss and land degradation. Geothermal power plants use a lot of water; and biofuels have a whole host of problems. But it’s sort of a no-brainer that renewable energy sources are much cleaner than coal. Fossil fuels do substantially more harm to air and water—not to mention the climate. According to Scientific American, coal burning is responsible for “more than a third of all energy-related U.S. carbon dioxide emissions and 80 percent of those from electricity production. It is also one of the largest contributors of air pollution, acid rain, and even toxic environmental mercury.”

As for the migratory bird problem, Zinke may want to look at this chart, which shows how many birds are killed per year by different fuel sources.