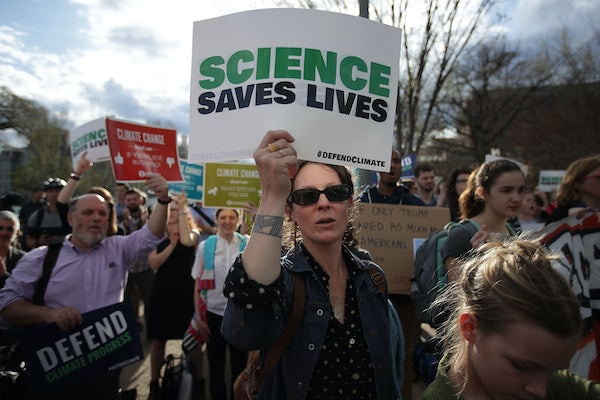 The Honest and Open New EPA Science Treatment (HONEST) Act, which passed on Wednesday by a 228-194 vote, is a pernicious attempt to prevent the Environmental Protection Agency from creating rules to protect the environment and public health.

The bill, introduced by Texas Republican Lamar Smith, requires the EPA to only use scientific studies for which all data is publicly available and the results are easily reproducible. This is much harder to do than it sounds. Many public health studies use private medical data, while others contain trade secrets and industry data. Moreover, public health studies are impossible to reproduce when, say, they’re based on one-time pollution events or on people who have died since the study was conducted.

David Stevenson, a member of Trump’s EPA transition team, told me last week that the HONEST Act would be instrumental in preventing regulations of carbon dioxide and other pollutions. “Almost everything that has been done in the last 10, 11, 12 years would not pass the standards [under the bill],” he said. “The Clean Power Plan, ozone regulations, particulate matter regulations—everything has been built on science that has not been peer-reviewed, that the data’s not visible, or that there’s only been one person doing the study.”

There isn’t yet a version of the HONEST Act in the Senate, and some of its leading opponents believe the Senate wouldn’t have the votes to pass it as a standalone bill. But they worry it could be slipped into a must-pass appropriations bill.