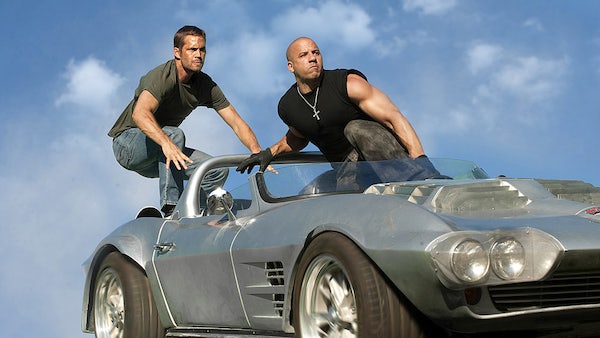 The Republicans have pulled off the heist of the century to fill Antonin Scalia’s seat.

In Fast Five, the characters steal millions of dollars from a Brazilian crime lord by dragging a giant metal safe out of a police station with two cars. In Fast & Furious 6, they steal a computer chip by driving into the world’s largest plane as it takes off from a runway. In Furious 7, they steal a flash drive from a really nice car by driving it through three skyscrapers in Abu Dhabi. The GOP’s heist to take back Antonin Scalia’s seat is even more incredible and convoluted than any of the heists in these very good movies.

It all started in February 2016 in a ranch in west Texas, where Scalia was found dead, clutching pages of the U.S. Constitution in his cold fingers (okay, not really). Barack Obama then moved to fill Scalia’s seat by nominating Merrick Garland, one of those normcore white guys respected by both sides of the aisle. Republicans responded by refusing to even hold a hearing, citing a non-existent precedent that presidents can’t nominate Supreme Court justices in election years.

Then, the GOP used the threat of a liberal taking Scalia’s Supreme Court seat to help get a crazy old man who watches Fox News all day elected as the president of the United States. (For a moment, when it looked like Trump would not be elected, the GOP hinted they would prefer to confirm Garland instead of another, possibly more liberal judge nominated by Hillary Clinton.) Though Trump lost the popular vote by three million ballots, the GOP took his victory as a mandate to nominate an arch-conservative, Neil Gorsuch, to Scalia’s seat.

Senate Democrats protested the blatant theft of what was rightfully theirs by filibustering Gorsuch. Dungeon master Mitch McConnell, who led the way in the Obama years by violating norm after norm in the Senate, then made good on his threats to do away with the filibuster altogether, dropping a nuclear bomb on it. By Friday night, Neil Gorsuch will be be confirmed to the Supreme Court, completing the greatest political heist of our time. Cue Don Omar’s “Danza Kuduro” featuring Lucenzo.