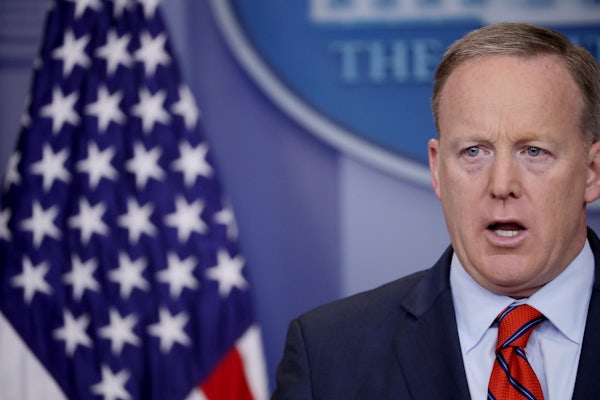 But Spicer wasn’t finished yet. Asked to clarify his comment, he shoved his foot even further into his mouth by saying Hitler “was not using the gas on his own people the same way that Assad is doing.” (He did use gas on his own people, and many others.) Clearly flustered and stumbling over his words, Spicer proceeded to calls concentration camps “Holocaust Centers.”

Spicer got one more chance to just, you know, apologize for saying an inaccurate and offensive thing, but instead kept digging.

As a rule of thumb, you don’t want to add “however” to a sentence that begins, “In no way was I trying to lessen the horrendous nature of the Holocaust.”

Incredibly, this isn’t the Trump administration’s first Holocaust-related gaffe. In January, the White House drew criticism for releasing a Holocaust Remembrance Day statement that didn’t mention Jews. And earlier today, it was reported that Spicer’s boss would skip the White House Passover Seder.