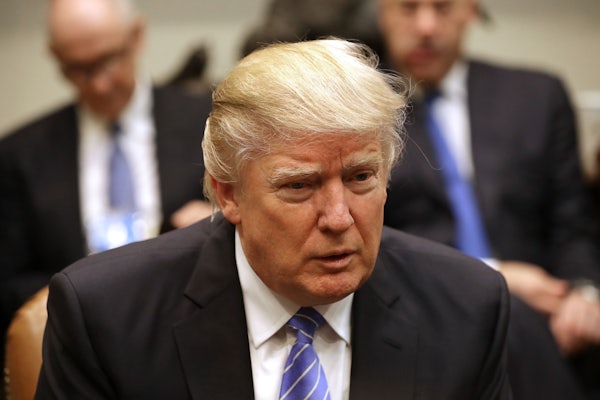 The latest is Kevin Hassett, a tax expert at the conservative American Enterprise Institute, who was tapped late last week to be the president’s chief economic advisor. Hassett has expressed support for a carbon tax, which is essentially a way to make polluters pay for the damage they cause to the global climate.

If confirmed by the Senate, Hassett would join a small but growing circle of Trump advisers who are annoying Steve Bannon with their support for reducing greenhouse gas emissions through tax reform. Gary Cohn, director of the White House Economic Council, reportedly floated the idea, as did Tesla and SpaceX CEO Elon Musk when he was advising Trump. Secretary of State Rex Tillerson also advocated for a national carbon tax policy while he was the CEO at Exxon Mobil.

But discussions of a carbon tax have so far not gone over well. A few weeks ago, an anonymous administration official told the Washington Post a carbon tax was being considered, which caused enough of a ruckus that a White House spokesperson flatly denied it hours later. But the rift in the White House between the carbon-tax moderates and right-wingers is apparently ongoing: Axios reported today that Bannon and his allies refer to Cohn in text messages as “CTC” (for “Carbon Tax Cohn”) or with an emoji: 🌎.