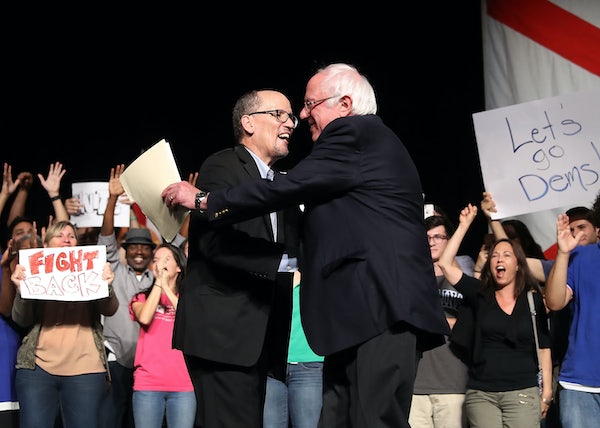 Liberals have discovered there’s a mayoral race in Omaha, Nebraska. They simultaneously discovered that the Democratic Party’s candidate, Heath Mello, is not exactly progressive on the subject of abortion. During his time in the state Senate, Mello, a devout Catholic, supported a 20-week abortion ban and restrictions on telemedicine that affected rural access to abortion. The only reason people who do not live in Nebraska are paying attention to any of this is because Bernie Sanders and DNC Chair Tom Perez campaigned for Mello on their ill-fated unity tour.

Sanders hasn’t helped himself, either:

Some provisos are necessary here. Mello earned a 100 percent rating from Planned Parenthood Nebraska in 2015, and recently said that his religious beliefs would not lead him to restrict abortion rights as mayor of Omaha. But abortion rights advocates are reasonable to be skeptical of these claims: Abortion access is in crisis, and American women can ill afford opposition to abortion from the Democratic Party.

But it’s notable that Sanders became a lightning rod here. He’s campaigning with Perez, after all. They are, presumably, stumping for Mello because that’s what the national party wants them to do. Consider the uproar when Sanders reiterated his long-standing status as an independent and when he declined to describe Jon Ossoff, the Democrat in Georgia’s special House election, as a progressive. People are outraged when he refuses to join the party, and they are outraged when he does what the party asks him to do.

Does this say something about Sanders’s priorities? Maybe, maybe not. But the liberals who want to condemn Sanders seem more interested in re-litigating the Democratic primary than in addressing the real problem: that the party itself is willing to go squishy on abortion to win elections in red-to-purple areas. Hillary Clinton chose Tim Kaine to be her running mate despite a slightly checkered history on the issue. Democratic Senators Casey, Manchin, Donnelly and Heitkamp won’t budge in their defense of the Hyde Amendment.

Sanders and Perez shouldn’t have campaigned for Mello. It’s the wrong message to send on a “unity tour.” But if liberals want to get mad about Mello, they should direct their anger at the proper culprit.