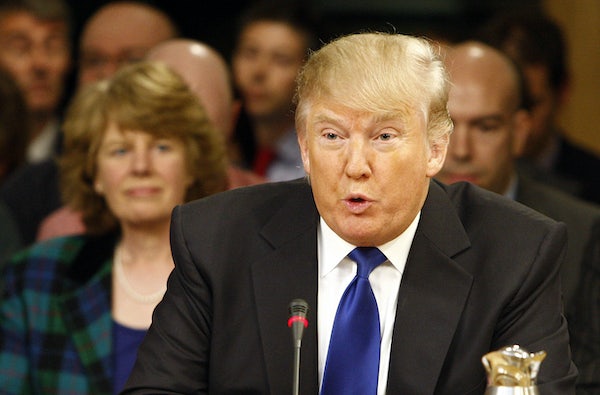 E&E News reports that Daniel Simmons, a conservative fossil fuel proponent, has been tapped to oversee the Department of Energy’s Office of Energy Efficiency & Renewable Energy (EERE). The mission of that $2 billion office, according to its website, is to “create and sustain American leadership in the transition to a global clean energy economy.” That has historically included investments in renewable energy technologies like solar, wind, and geothermal, as well as electric vehicles and building efficiency.

Strangely enough, Simmons has spent his career criticizing the government’s attempts to do exactly those things. Simmons is the former vice president of policy for the Institute for Energy Research, a think tank that has spent years attacking government-supported expansion of renewables energy. Before that, Simmons headed the natural resources task force at the American Legislative Exchange Council (ALEC), which has engaged in sweeping campaigns against renewable energy development across the country.

Simmons himself has made damning statements about federal investments in clean energy, arguing it is too expensive. From The Washington Post:

In a 2013 podcast with the Heartland Institute, a libertarian public policy think tank, Simmons argued that pursuing renewable energy could harm people’s pocketbooks.

“The most simple of all points is that no matter what the renewable guys say, what they will admit is that their type of power — the wind and solar — is more expensive and will increase the price of electricity,” he said. “And in an economy that is struggling, it is critical that we do everything we can to keep prices low.”

At a Politico energy forum last year, he was direct about his disdain for federal subsidies for renewable energy.

“I think that everything should be treated equally across the board,” Simmons said. “We have to look at the track record of the oil and gas industry [which is] producing low-cost, reliable energy, particularly when the alternative is much, much higher prices.”

All that raises questions about what exactly Simmons will do with the office whose current mission he opposes. He may not, however, have that much to do in the years to come. Though the fiscal 2017 budget expected to be passed by Congress this week keeps the EERE in tact, Trump’s proposed fiscal 2018 budget would cut the office’s funding by 53 percent.