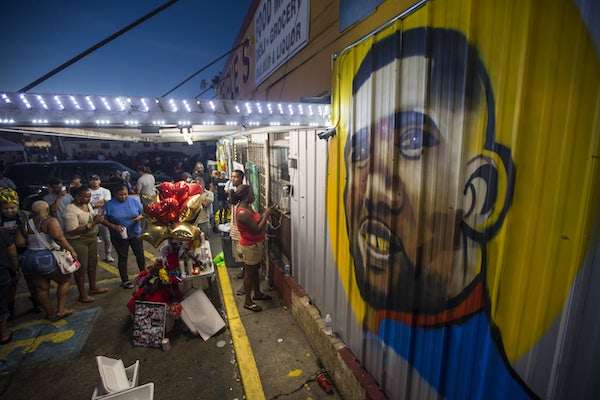 The last 72 hours have signaled a troubling future for police reform under the Trump administration.

On Saturday night, police in Balch Springs, Texas, received a call to investigate potential underage drinking at a house party. The initial statement provided by the police department on Sunday said that, upon arrival, cops heard gunshots and saw a car of teenagers driving toward them in reverse. They said the car was driving “aggressively towards the officer,” prompting them to open fire and kill 15-year-old Jordan Edwards, who was in the passenger seat.

However, on Monday, Police Chief Jonathan Haber revised his statement. “I unintentionally [was] incorrect when I said the vehicle was backing down the road,” Haber said. “I’m saying after reviewing the video that I don’t believe [the shooting] met our core values.” On Tuesday, Roy Oliver, the officer who fatally shot Edwards, was fired.

Haber’s hasty revision is all too familiar, affirming that the police in such situations are untrustworthy sources. Oliver’s dismissal is a rare and welcome display of accountability. However, this case has only just begun. It will be interesting to see if evidence turns up showing that Edwards’s infractions go beyond failing to meet his department’s core values—and if charges are warranted.

Meanwhile, on Tuesday night, The Washington Post reported that the Justice Department would not charge Baton Rouge officers in the fatal shooting of Alton Sterling last year. While there has been no official statement from the department about the case, Post sources familiar with the matter said that plans to close the case would be announced within 24 hours. This does not bode well for the future of Jordan Edward’s case, and for police reform under the Trump administration.

Attorney General Jeff Sessions has been crystal clear that he does not believe in the Justice Department intervening in local police matters. In March, his office sent a troubling memo outlining how the department would support local law enforcement agencies. “By strengthening our longstanding and productive relationships with our law enforcement partners,” the statement read, “we will improve public safety for all Americans.”

The department said it would help “promote officer safety, officer morale, and public respect for their work.” The department added that “it is not the responsibility of the federal government to manage non-federal law enforcement agencies.”

But this is not the time for the Justice Department to step back. A string of high-profile deaths at the hands of police, coupled with Obama-era investigations of Chicago police, affirm that local law enforcement is not protecting and respecting the civil rights of all citizens. The future of police reform looks bleak: With a president like Trump, it will be much more difficult to hear the voices of those fighting to fix this system.