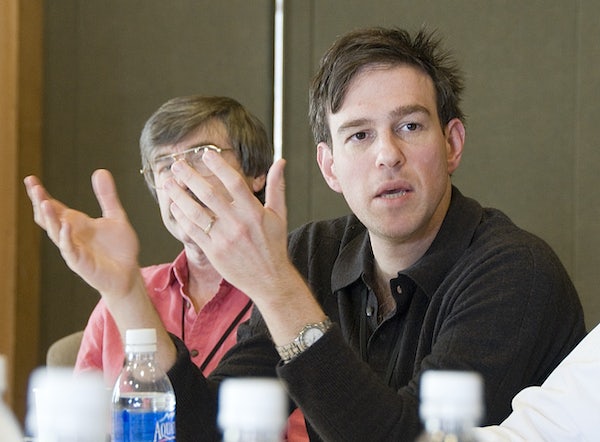 Bret Stephens is digging himself deeper into the climate hole.

The New York Times’ new columnist got pummeled over for his first op-ed, “Climate of Complete Certainty,” in which he cast doubt on the certainty of climate science. He appears to know a winning strategy when he sees one: His second column, published Thursday, also tackles the subject of climate change—this time by criticizing clean energy policy.

In “Climate of Unintended Consequences,” Stephens doesn’t attack all renewable energy—just controversial biofuels, which are produced from organisms like corn and sugarcane. After citing a 1999 paper from the Clinton administration that promoted biofuels as a solution to climate change, Stephens goes on to demonstrate how corn-based ethanol and other biofuels actually wound up being “actively harmful” to the environment, with some studies showing they are actually worse for the climate than gasoline. Despite this, Stephens points out, the U.S. continues to deeply subsidize biofuels, and the biofuel lobby remains extremely powerful in Washington.

Most climate activists would agree with his assertion that biofuels are harmful. But Stephens uses the case of biofuels to assert that climate activists should stop demanding “abrupt and expensive changes” to policy, a claim he made in his first column. Stephens says climate activists have been slow to acknowledge biofuels’ failures, and “what acknowledgment there’s been has generally been belated, grudging and rarely self-reflective.” Climate activists, Stephens says, do not understand “the harm that can be done when do-something impulses and eco-cure boosterism become turbocharged by government power and subsidized business.”

But climate scientists and environmentalists have been actively lobbying against biofuels for nearly a decade. After President George W. Bush signed a bill mandating biofuel use in 2007, environmentalists argued that this would wrongly prioritize fuel over food.  In 2008, climate scientists published two studies suggesting carbon emissions would increase with the use of biofuels, and U.N. scientists published a study warning of other environment risks. Even Al Gore, as Stephens acknowledges in his column, said in 2013 that his previous support for biofuels was a “mistake.”

Stephens also implies that other clean energy policies will fail in the same way as biofuels did. Near the end of his column, he says Germany’s Energiewende—the country’s clean energy revolution—is merely “an illusion of ecological virtue.”

If it were up to most environmentalists, the U.S. would not still be subsidizing biofuels. But activists’ influence pales in comparison to the corn ethanol lobby, which has been successful in keeping the biofuel mandate alive. Rather than recognize these realities, Stephens has opted to bash climate activists yet again.