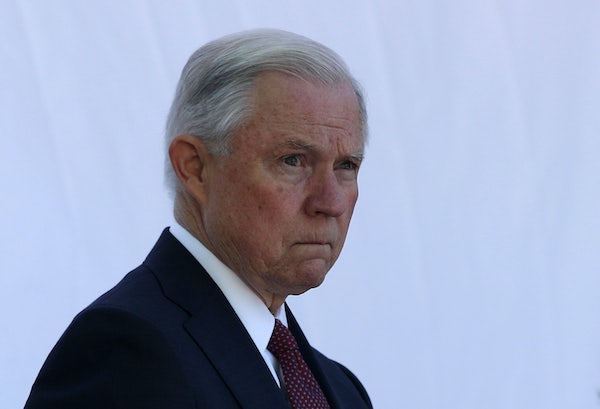 Jeff Sessions is bringing back the War on Drugs.

As the Post notes, “The Sessions memo marks the first significant criminal justice effort by the Trump administration to bring back the toughest practices of the drug war, which had fallen out of favor in recent years with a bipartisan movement to undo the damaging effects of mass incarceration.” The new policy will likely increase the federal prison population, with a disproportionate effect on people of color.

Sessions called his change of policy “moral and just,” when in fact it’s the exact opposite. “Jeff Sessions is pushing federal prosecutors to reverse progress and repeat a failed experiment — the War on Drugs — that has devastated the lives and rights of millions of Americans, ripping apart families and communities and setting millions, particularly Black people and other people of color, on a vicious cycle of incarceration,” Udi Ofer, director of the American Civil Liberties Union’s Campaign for Smart Justice, said in a statement.

Sessions had already alarmed civil rights leaders by going after Obama-era policing reforms, and he’s completely misrepresented the effect undocumented immigrants have on crime in America. It’s all in the service of President Donald Trump’s law-and-order agenda, and will only exacerbate the systemic racism that plagues America’s criminal justice system.