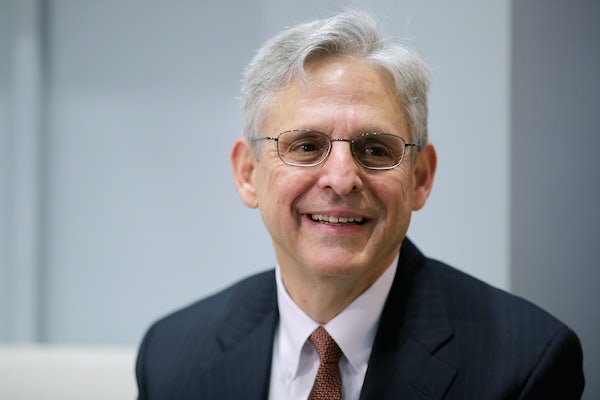 Merrick Garland now has a lifetime appointment as a political prop.

Garland has had quite a year. He was nominated by Barack Obama to the Supreme Court in March 2016, then saw his nomination crumble into dust after Senate Republicans refused to meet with him, let alone hold a hearing. While Garland’s mistreatment was expected by some to become an important issue in the election, we instead spent the next eight months obsessing over the various dumb stuff that Donald Trump and his merry band of idiots said and did on the campaign trail.

Garland did reemerge as a battle cry for Democrats who sought to filibuster Neil Gorsuch’s nomination to the Supreme Court. Gorsuch had to be stopped because the seat belonged to Garland. Garland fell so that Democrats might finally learn the politics of obstruction, and his martyrdom was complete.

But Democrats don’t have a monopoly on politicizing Garland, even though they should. Garland emerged again after Senator Mike Lee proposed that Trump nominate Garland to be FBI director. Many Republicans and conservative pundits nodded sagely at this suggestion and told the media that Garland’s unimpeachable reputation meant that he could be confirmed 100-0.

Mitch McConnell, whose blockage of Garland’s SCOTUS nomination might be the most McConnell-y thing he’s ever done, endorsed the plan and reportedly told Trump it would be a good idea. “I have spoken with the president about it. I recommended Merrick Garland,” McConnell told Bloomberg News. “I think if he picks someone with a deep background in law enforcement who has no history of political involvement, a genuine expert, and the reason I mention Garland, he’s an example of that.”

This, of course, was a trap because everything that McConnell does is a trap. Republicans simply wanted to free up Garland’s slot on the Court of Appeals for the District of Columbia Circuit.

Garland isn’t an idiot so he made it clear that he had no interest in the job and was, instead, more than content to continue to serve as chief justice of the D.C. Circuit. But that’s only one of Garland’s jobs. The other, which he will also hold for life, is political football, to be used whenever members of either party see fit.