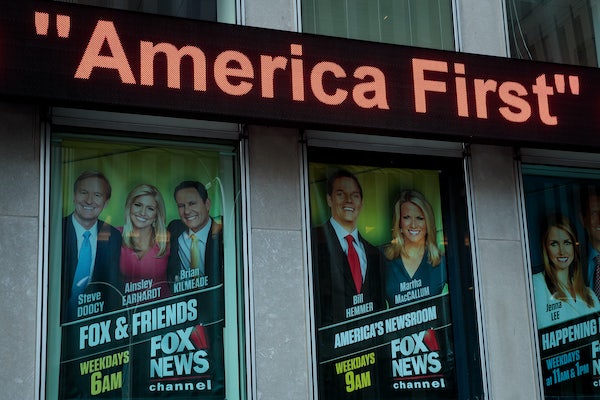 Tucker Carlson is embarrassing himself.

“The world is a very complicated place,” Carlson assured his viewers, according to Mediaite. “Washington especially. What you think is happening often really isn’t happening.” He later pivoted to segments on safer subjects for the Fox audience:

Things weren’t much better on Fox and Friends on Wednesday morning.

Fox’s news division is reporting on the Comey story—“It’s a big story and I think it’s a legitimate story to cover,” Chris Wallace said on Sunday—but its personalities drive the network’s coverage, determining how viewers think about developments. I’ve long argued that liberals should root for the real journalists at Fox, who have the power to tell the truth about Trump to a conservative audience. Thus far, they aren’t breaking through.