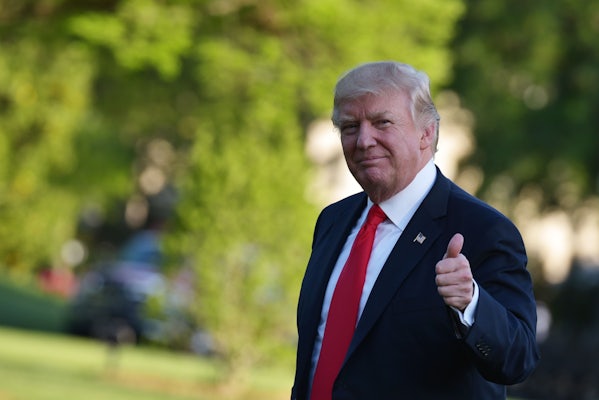 With each day’s political news triggering an avalanche of Russia-tinged scandal on the White House, it may seem like nothing’s getting done in the actual world of policy. But that’s not true, especially when it comes to the environment. On Thursday, the Trump administration quietly announced it was rolling back yet another Obama-era environmental regulation—this time, one that forced state and local officials to measure greenhouse gas emissions from cars driving on federally funded highways. According to The Hill, the Obama administration wanted the government to “find out if federal dollars are going to environmentally sound causes.” That regulation will now be delayed by a year while the administration figures out whether it wants to keep it. (Spoiler alert: They will not want to keep it).

It’s a relatively small action on a relatively small regulation, but it’s just the latest example of a slow but sure dismantling of Obama’s environmental legacy. Since January, Trump has ordered reviews or delays of all of these things:

And Trump has ordered repeals of all of these things:

This list is not comprehensive, and not all of these things are as consequential as they sound. Trump may have ordered a repeal of the Clean Power Plan and WOTUS, for example, but they are not repealed yet, and will likely take years to do so—if they can be repealed at all. Legal challenges are expected to be filed against a number of these actions as well, meaning some may not come to pass.

But the Keystone XL pipeline is already effectively approved; oil and gas companies already don’t have to comply with emissions reporting requirements; and chlopyrifos can now be widely used on farms across America. It’s worth remembering that while Trump has been unable to make progress on ridding himself of scandal, his progress on dismantling Obama’s environmental legacy is just getting started.