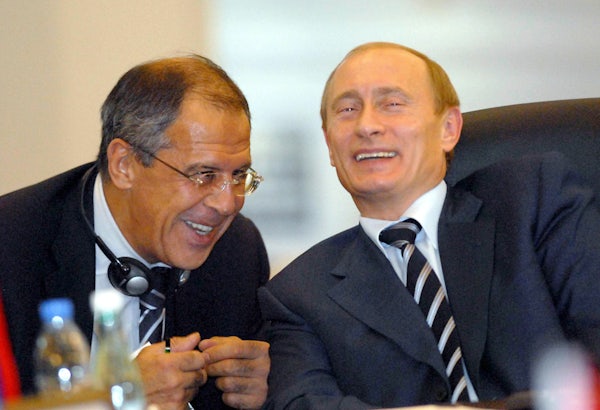 Russia’s interference in the election worked out great for the Russians.

Testifying before Congress about Russia’s meddling in the 2016 election, former CIA Director John Brennan said on Tuesday that last year he warned his Russian counterpart Alexander Bortnikov, head of the FSB, that “American voters would be outraged by any Russian attempt to interfere in the election.” He said this interference would back-fire, destroying “any near-term prospect of improvement” in relations between the two countries. Bortnikov promised to convey the message to Russian President Vladimir Putin, who clearly disregarded it.

Putin took a huge gamble in brushing aside Brennan’s warnings. If Hillary Clinton had won the election, which everyone had expected her to do, Brennan’s prediction could very well have come true. But from the Russian point of view, dabbling in American politics has turned out to be one of their biggest foreign policy victories since the Second World War. They defeated a politician they regarded as a formidable foe, and America is now governed by a buffoon mired in scandal.

The prospect of the Russian government ever facing real repercussions are remote.
Because the Republican Party is running interference for Trump, the investigation into possible collusion between Trump’s campaign and the Russians is stalled and tangled up in partisan passion.

Meanwhile, the United States is likely to remain deeply polarized in the coming years, with paranoia and division now entrenched in its politics. A divided America run by Trump is distrusted by many of its allies, especially in NATO. It will be a long time before America recovers from the election of 2016—the sad reality is that Putin won his gamble, bigly.