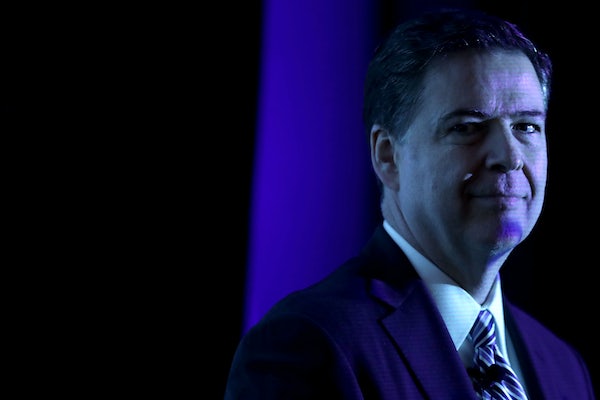 On Wednesday, The Washington Post reported that the former FBI director’s decision to hold a press conference in July 2016—in which he lit into Hillary Clinton’s use of a private email server—was partially motivated by fake emails that were created by Russian hackers, supposedly to show an uncomfortable closeness between Clinton and Attorney General Loretta Lynch. (The ill-advised tarmac meeting between Lynch and Bill Clinton during the server investigation was widely believed to be one of the most important motivations for Comey’s decision to hold the press conference.)

On Friday, CNN provided new details. According to the CNN report, Comey was actually aware the documents were fake and created by Russian intelligence, but “feared that if it became public it would undermine the probe and the Justice Department itself.” According to CNN, Comey made this decision partly to protect important sources. There’s also this:

Sources close to Comey tell CNN he felt that it didn’t matter if the information was accurate, because his big fear was that if the Russians released the information publicly, there would be no way for law enforcement and intelligence officials to discredit it without burning intelligence sources and methods.

But Comey may also have been motivated from a desire to both preempt Russian disinformation and prevent leaks from the FBI itself, as Lawfare’s Susan Hennessey argued on Twitter.

It’s been ten months since Comey’s press conference and the story behind it keeps getting weirder.