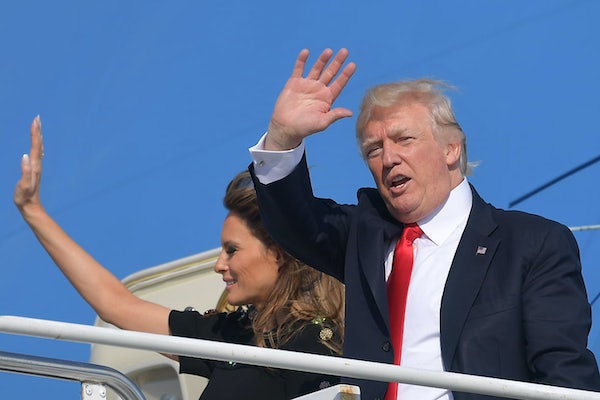 The White House is about to get a whole lot crazier.

On Tuesday morning, a guy you’ve probably never heard of told Axios Presented By Consumer Recreation Services that he was leaving the Trump White House—and in fact had resigned his post on May 18. Communications Director Mike Dubke was persuaded to hang around until Donald Trump returned from his overseas trip, but his departure signals that a long-rumored staff shakeup is finally upon us. It also suggests that the White House is about to turn its war on the media up to 11 and that a number of, uh, controversial figures from the past, most notably the reporter-grabbing Corey Lewandowski, may be heading back to Trump’s side.

The staff shakeup rumors have been around for months now. Sean Spicer’s job has been in jeopardy ever since he told his first lie behind the press secretary’s podium. Reince Priebus, already the least empowered White House chief of staff in memory, is sitting at number two on the Most Likely To Be Fired power rankings.

But Trump is characteristically learning the wrong lessons from his first four months in office. Rather than bring in professionals to put out various fires, Trump is apparently going to fight fire with more fire. In addition to Lewndowski, the leading contenders for the next—and surely not the last—wave of White House employees includes Republican lobbyist David Urban [insert swamp joke] and Citizens United President David Bossie [insert another swamp joke]. “These are not polished characters being brought in (though Urban at least has Hill connections),” Axios’s Jonathan Swan writes. “They are killers. And Lewandowski in particular makes conventional folks in the White House very very nervous.... Experience suggests he will not only indulge Trump’s most combative instincts, but goad them.”

Despite what the White House will tell you, Trump’s foreign trip was a disaster. It was a disaster because Trump is a disaster—he doesn’t know what he’s doing and effortlessly alienates America’s closest allies while lavishing praise on strongmen and dictators. But to the extent that it was a success it was because the unforced errors on the trip were largely made by Trump himself. (The fact that he didn’t tweet also helped.) Trump is now on the verge of surrounding himself with people who are more like him and who encourage his worst instincts. This will not end well.