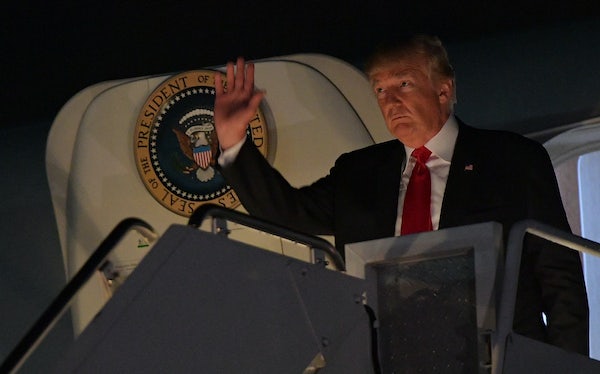 How Donald Trump lost his mind.

The Atlantic published an article Sunday with the intentionally provocative and misleading title, “How the Left Lost Its Mind.” The story is instead a “topography of the left’s modern alternative media landscape” (emphasis mine), one that staff writer McKay Coppins hopes “provides a useful start to the kind of exploration and anthropology that’s needed.” Noting that “the denizens of the fever swamps” have taken over the Republican Party, he asks:

Could the same thing happen on the left?

It’s a prospect that deserves more serious attention and debate than it’s gotten this year. The Trump era has given rise to a vast alternative left-wing media infrastructure that operates largely out of the view of casual news consumers, but commands a massive audience and growing influence in liberal America.

This prospect has indeed gotten much attention this year. Coppins notes a New Republic blog post by Sarah Jones that pleads, “Stop promoting liberal conspiracy theories on Twitter.” But this outlet has also published several lengthier interrogations, as have Buzzfeed, Vox, Rolling Stone, and The New York Times. Safe to say, the subject has received plenty of “serious attention and debate.”

Which is not to say it isn’t worthy of further exploration, and Coppins’s story is generally a useful contribution. But there are several noteworthy quibbles:

The most glaring issue with Coppins’s article, though, is beyond his control: It was published just hours before the president of the United States tweeted:

This put the problem of alternative liberal media in necessary perspective.

Like Coppins, I cannot deliver on the headline of my piece. I do not know when Donald Trump lost his mind. But there can be no doubt that, to the extent that Trump ever was sane, he lost his mind well before he became a serious White House contender. The left should militate against any creeping conspiracy-mongering among its ranks, even if the problem pales in comparison to the psychosis of practically the entire right-wing media ecosystem. But make no mistake: The right lost its mind a long time ago, and this is not just some pesky trend in one of our two major parties, but a full-blown national crisis that shows no sign of abating.