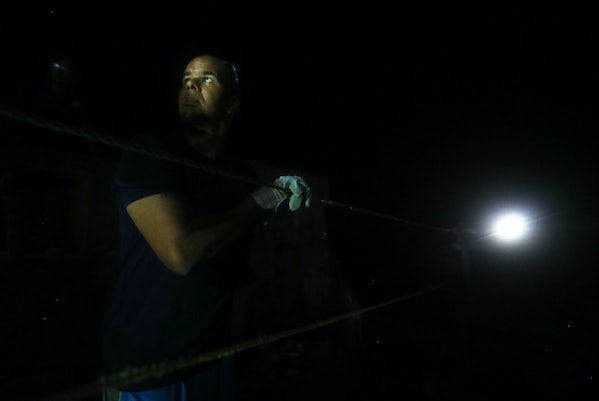 Why did Puerto Rico award a $300 million contract to a tiny Montana company?

Rebuilding Puerto Rico’s electricity system after Hurricane Maria will be a massive task, but one of America’s smallest utility companies has been chosen to do it. As The Washington Post reported on Monday, the largest government contract awarded so far in the relief effort has gone to Whitefish Energy, a two-year-old company based in Montana. Whitefish had only two full-time employees when Maria struck a month ago, but now has been entrusted with a $300 million contract to “repair and reconstruct large portions of the island’s electrical infrastructure.”

To those concerned that such a tiny company is charged with restoring electricity to more than three million people, Whitefish offers this explanation: Its business model “calls for ramping up rapidly by hiring workers on short-term contracts.” Puerto Rico’s power authority also said Whitefish was the first company “available to arrive and they were the ones that first accepted terms and conditions” from the authority. The company also has “expertise in mountainous areas.”

Whitefish also happens to be primarily financed by a large donor to President Donald Trump. As The Daily Beast reported on Tuesday, Whitefish gets its money from a private equity firm called HBC Investments. Its founder, Joe Colonnetta, “contributed $20,000 to the Trump Victory PAC during the general election, $27,000 to Trump’s primary election campaign (then the maximum amount permitted), $27,000 to Trump’s general election campaign (also the maximum), and a total of $30,700 to the Republican National Committee in 2016 alone,” the Beast reported. What’s more, Whitefish CEO Andy Techmanski is friends with Ryan Zinke, Trump’s secretary of the interior. (Whitefish’s headquarters are located in Zinke’s hometown.)

The inexperience of Whitefish and its connections with Trump are rightly raising suspicions about the company’s contract with Puerto Rico. But for the sake of the millions of people still living without power, let’s hope all of this fishiness is mere coincidence.