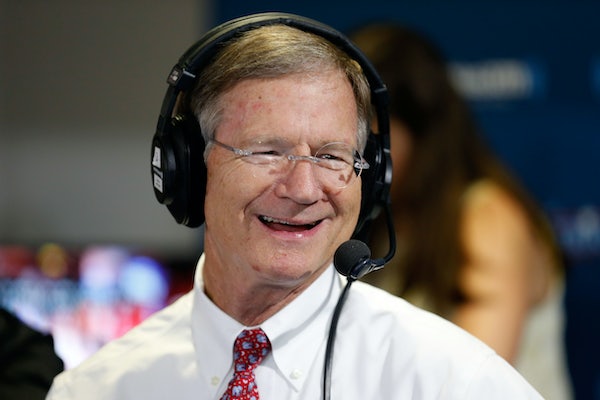 After achieving his wildest dreams, the worst climate denier in Congress is retiring.

Republican Representative Lamar Smith, despite being the chairman of the prestigious House Committee on Science, Space, and Technology, has been frustrated for years in his attempt to turn his climate science denial into policy. President Barack Obama presented the biggest obstacle for the Texas congressman, but his Senate colleagues were no help either, as each year they failed to take up one of his signature pieces of legislation: The Science Advisory Board Reform Act, which would forbid scientists who receive Environmental Protection Agency grants from advising the agency.

But this year, everything changed. President Donald Trump’s pick to lead the Environmental Protection Agency, Scott Pruitt, began the process of rolling back Obama’s regulations to limit climate change, and Trump announced that the U.S. would withdraw from the Paris climate agreement. Most importantly to Smith, Pruitt turned his signature piece of legislation into EPA policy, so the Senate wouldn’t even have to pass it: On Wednesday, Pruitt announced he’s banning scientists who receive EPA grants from advising the agency. The policy is a clear attempt to stack advisory boards with people who will support a deregulatory agenda that benefits polluters.

Smith announced his retirement the very next day. “At the end of this Congress, I will have completed my six-year term as chairman of the Science, Space and Technology Committee,” he wrote in an email to supporters on Thursday, according to HuffPost. “I have one new grandchild and a second arriving soon! And I hope to find other ways to stay involved in politics.” It’s unclear if Smith’s retirement will bring any significant change to Congress; his Texas district has been held by a Republican since 1979. But whoever fills the seat would have to work extremely hard to be a more egregious climate denier than Smith has been.