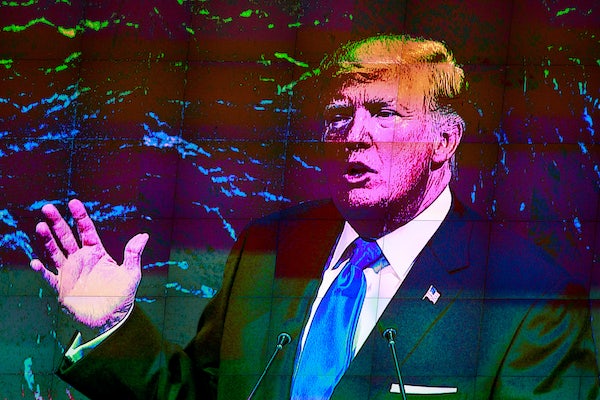 Don’t be fooled: Trump is still trying to sabotage the National Climate Assessment.

Environmentalists and scientists alike were relieved on Friday after the White House approved the release of a major report by 13 federal agencies that details humans’ responsibility for global warming. Many had feared that the Trump administration would suppress the 2017 Climate Science Special Report, which is part of the Fourth National Climate Assessment. After all, government scientists have been prevented from speaking publicly on climate change, the Agriculture Department has censored the term, and climate deniers occupy several top spots in the administration.

The report’s findings, though unsurprising, are grim. “If America’s leaders don’t start listening to scientists, the whole world is going to pay a truly terrible price,” the Center for Biological Diversity’s climate science director, Shaye Wolf said in an emailed statement. “But the good news is that this report shows scientists can beat Trump’s climate censorship if they speak out bravely.”

Scientists shouldn’t celebrate yet. While Trump didn’t censor the report, he has already tried to sabotage it. As The Washington Post reported in August, he disbanded the 15-person Advisory Committee for the Sustained National Climate Assessment, the group that helps state and local officials use the report for long-term planning. Joe Arvai, a University of Michigan professor who has been a peer-reviewer of the NCA, told me in September that without the ACSNCA, state, city, and regional planners will lose a crucial resource for deciding where to invest and build in the future. “Anyone who would go to that report to get a better handle on their situation are now left shooting in the dark,” Arvai said. (This is a familiar tactic for Trump: Because he couldn’t dismantle Obamacare by fiat, he instead gutted outreach programs, cutting the ad budget by 90 percent and the budget for enrollment-assistance groups by half.)

Many will argue that the report’s release is important because it implicitly refutes the Trump administration’s climate-change denial. That might be satisfying to people who accept the scientific consensus, but it’s essentially meaningless. Major government agencies—NASA, NOAA, even the Department of Defense—have already refuted Trump’s denial, to no effect. This report won’t change his mind, which is why he’s doing everything in his power to render it useless, not only with sabotage but transparently dishonest spin: