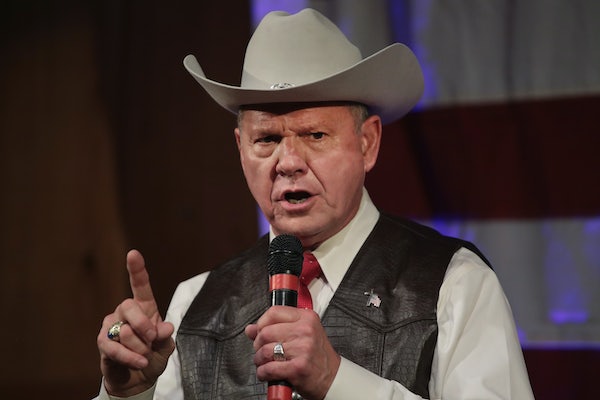 Politically, the tweet is interesting because it shows that Moore’s strategy is to cast his pedophilia scandal in terms of a battle between Republican populists and the GOP establishment, as embodied by the Senate majority leader. But the phrase “Bring. It. On.” is unfortunate for Moore, since it evokes a movie about high school cheerleaders—girls roughly the age of those Moore is alleged to have molested.

Many were quick to make the connection:

One tweet was especially noteworthy because of the author:

Chris Hansen is the executive director of the National Republican Senatorial Committee, someone who should be working to elect Moore.