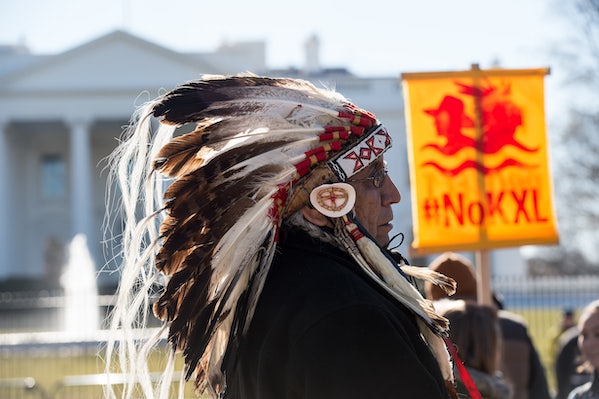 After nearly a decade of controversy, public service commissioners in Nebraska on Monday greenlit one of the last regulatory hurdles for the proposed $8 billion Keystone XL pipeline. By a 3-2 vote, Nebraska regulators approved TransCanada’s route for the nearly 1,200-mile pipeline, which would bring carbon-intensive heavy tar sands oil from Alberta, Canada, into the United States.

The decision comes less than a week after 200,000 gallons of oil—or about 5,000 barrels—spilled from the existing Keystone pipeline system. (The Keystone XL pipeline would be a northern extension of the Keystone pipeline, which goes from Nebraska to Texas.) Concerns over spills was a major reason environmentalists and the Obama administration opposed the project—because along with the general risk of an accident, tar sands oil is notoriously difficult to clean up once it is released into soil or water. Tar sands oil pipelines also spill more often, according to the Natural Resources Defense Council (NRDC), which asserts that tar sands oil pipelines in the Upper Midwest have spilled 3.6 times more oil per pipeline mile than the U.S. average.

But the recent 200,000-gallon spill was of no concern to the regulators who approved Keystone XL’s route on Monday. That’s not because they’re indifferent. As Natasha Geiling of ThinkProgress points out, “Nebraska law explicitly prohibits the panel from considering the impact of spills or leaks in its determination.” The public service commissioners can only approve or deny permits “on the basis of whether those projects were in the best interest of the state of Nebraska,” and “explicitly prohibits the commission from considering ‘safety considerations, including the risk or impact of spills or leaks from the major oil pipeline.’”

It’s still unclear whether Keystone XL will be built. As the Sierra Club noted, the Nebraska commission actually rejected TransCanada’s preferred route, and instead granted “a conditional approval along a route the company claimed would be unworkable.” Inevitable legal battles over this approval and low oil prices are also likely to complicate the process.