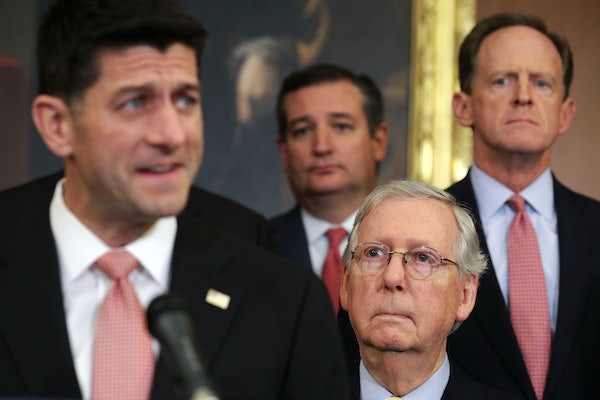 Next week is going to be chaos on Capitol Hill.

When Congress returned from Thanksgiving recess, they faced a slew of problems and competing priorities. The Senate had to pass its version of a tax reform package, and resolve any differences with the House version. Congress had to reach a compromise to raise the debt limit and continue funding the government. The legal status of the undocumented immigrants protected by the Deferred Action for Childhood Arrivals program, which was ended by President Trump in September, had to be resolved. Congress also had to decide what to do about the Iran nuclear agreement, which the president decertified in October.

It’s now December 14 and so far this is what Congress has accomplished: The Senate passed tax reform on December 1; Congress punted the Iran deal back to the president after failing to impose new sanctions; and the House and Senate appear to have reached a compromise on their competing tax reform packages, but have yet to vote on it. That’s it.

This means that next week is going to be total chaos. Congress is under pressure to pass a final tax reform deal before the end of the week and reach a government funding agreement with Democrats by Friday. Democrats have indicated that they won’t vote for a funding agreement that doesn’t include legal protections for undocumented immigrants who were covered by DACA.

Republican legislators are hoping to pass tax reform by Wednesday, and reach a funding agreement by Friday. But there are lots of problems with this plan. John McCain is currently in the hospital, meaning that it would only take one Senate Republican switching their vote to kill this bill. (Bob Corker, who voted against the Senate’s bill, is expected to vote no again.)

A lot is riding on what happens next week: the future of the American tax code, the integrity of Obamacare, the immigration status of hundreds of thousands of people, and averting a government shutdown. There have been precious few precedents to suggest that this Congress is capable of handling them all responsibly.