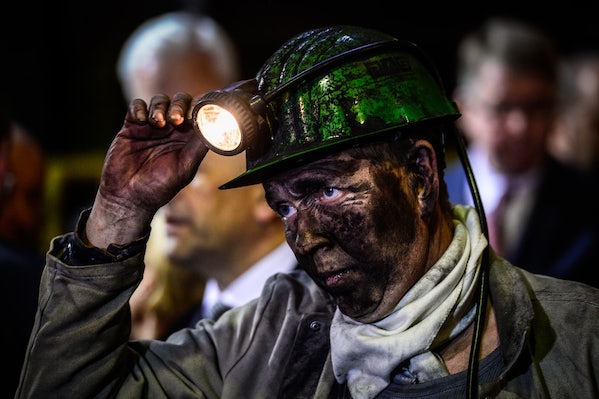 The next victims of Donald Trump’s war on regulations could be coal miners.

At a press event to tout his deregulatory agenda on Thursday, the president promised to bring American regulations back to the levels they were at in the 1960s—a time when there was no Clean Air Act, Clean Water Act, Safe Drinking Water Act, or even an Environmental Protection Agency.

It’s no secret Trump doesn’t like environmental regulation, but the main reason he doesn’t is supposed to be coal miners, whose livelihoods Trump says he’s trying to protect. And yet, the Charleston Gazette reports on Friday that Trump’s deregulatory agenda includes reevaluating a regulation that protects miners from black lung. “As part of a government-wide effort to eliminate regulations, the Trump administration indicated Thursday that the Labor Department would revisit a 3-year-old rule meant to reduce exposure to coal dust that causes deadly black lung disease,” the paper reports. The move comes “as researchers are increasingly concerned about a resurgence in lung disease among coal miners, especially in West Virginia and other Appalachian coal states.”