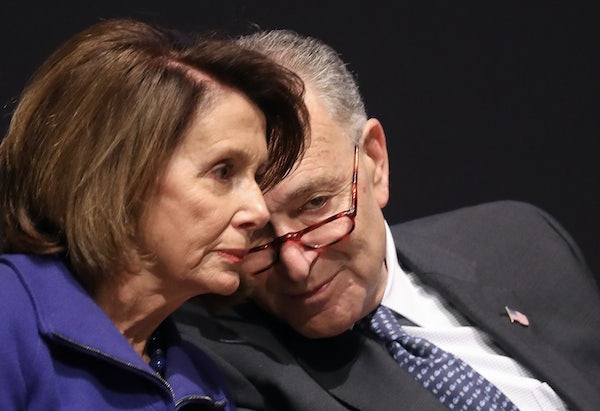 Are Democrats overconfident about the politics of the tax bill?

Washington Post reporter James Hohmann got an earful from Democrats on Wednesday after he suggested in his Daily 202 newsletter that the Republican tax bill, which awaits President Donald Trump’s signature, is likely to become popular next year. “In the two-and-a-half years I’ve been writing the 202, I’ve never received so much pushback,” he wrote on Thursday. “Top operatives at all the relevant Democratic committees and outside groups, as well as the most prominent progressive pollsters in town and campaign managers in the states, argued passionately that the tax bill is not going to become a winner for the GOP.” Most Americans benefiting from the tax cuts won’t save much money, these Democrats said, and voters will realize the bill benefits the rich and corporations at their expense.

Trump is touting the tax bill as a historic legislative victory, but that may well make it toxic—just 37 percent of Americans approve of the president, and they’re not going to love the fact that Trump could personally save millions of dollars thanks to this legislation. Trump is also bragging that Republicans “essentially repealed Obamacare,” but a majority of Americans approve of the health care law. As the Pew Research Center reported last week, “Overall support for the health care law also has grown since last year. Currently, 56% of the public approves of the law while 38% disapproves.” Though a Politico/Morning Consult poll this week showed voters divided over the tax bill, Politico noted the survey “stands in contrast to other public surveys that show majorities in opposition to the bill.”

Still, there’s reason for caution. As Los Angeles Times political columnist George Skelton wrote on Thursday, “No one really knows how the Republican tax plan will play out. Few even seem to know precisely what’s in it.” Earlier this month, The Washington Monthly’s Nancy LeTourneau argued that “Republicans Won’t Pay a Price for Passing This Horrendous Tax Bill,” because its passage would give Republicans two clear political benefits: “1. The fact that they finally passed a major piece of legislation, and 2. The ability to crow about giving people a tax cut with zero accountability on that assertion until 2019.”

But even if the tax bill doesn’t help them politically, the Democrats are still expected to drub the Republicans in next year’s midterm elections. They’ve now got a double-digit lead over Republicans on the generic ballot, thanks largely to the public’s historic disapproval of the president. If Democrats can’t be sure this tax bill will help them next fall, the GOP can’t be confident it will save them either.