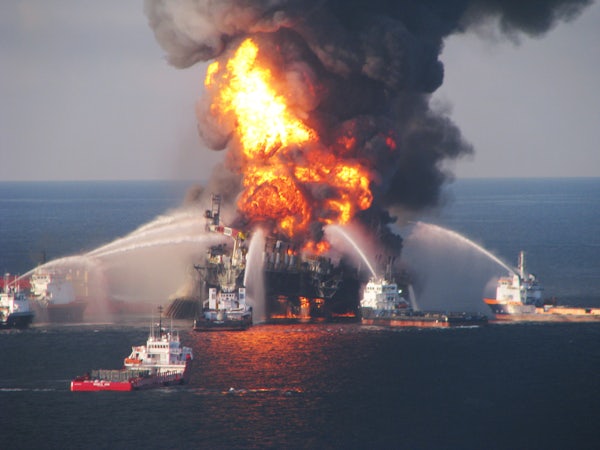 On Thursday, the Trump administration announced a controversial proposal to allow offshore drilling in nearly all U.S. waters. For the first time in decades, the U.S. government will seek to sell oil and gas drilling rights in the Arctic Ocean, the Atlantic Ocean, the eastern Gulf of Mexico, and Pacific waters near California. This comes just weeks after the passage of the GOP tax bill, which included a provision allowing drilling in the Arctic National Wildlife Refuge, which had previously been off-limits in part due to dangerous, icy conditions.

While increasing offshore drilling, the administration also wants to reduce offshore drilling safeguards. Ten days ago, the Wall Street Journal reported that Trump is relaxing safety regulations for offshore oil producers that were put in place after the historic Deepwater Horizon oil spill in 2010, the largest oil spill in U.S. history. The administration is even suppressing information that might conflict with its decision: As The Washington Post reported, “Two weeks ago, the Interior Department suspended a study conducted by the National Academies of Science, Engineering and Medicine on the safety of offshore oil and gas drilling platforms.”

Drilling explosions and spills have devastating, lasting impacts on both human and animal life. The effects of the Deepwater Horizon disaster, for example, “are being felt more than seven years later,” the Post reported. “Hydrocarbons linked to the spill were detected in 90 percent of pelican eggs more than 1,000 miles away in Minnesota, scientists say. Dolphins living in Barataria, La. have experienced mortality rates 8 percent higher than dolphin populations elsewhere, and their reproduction success dropped 63 percent.” Louisiana’s coastal economy was damaged tremendously. A study published this year in the prestigious journal Science found that the spill caused a cumulative $17.2 billion in damage to the Gulf’s natural resources.

Taken together, Trump’s oil and gas policies severely increase the risk of major explosions and spills near coastal communities, nearly all of which could find themselves at risk. That’s why even Rick Scott, the Republican governor of Florida, opposes the plan.

But it’s not a foregone conclusion yet: Public hearings on the Trump administration’s proposal begin on January 16.