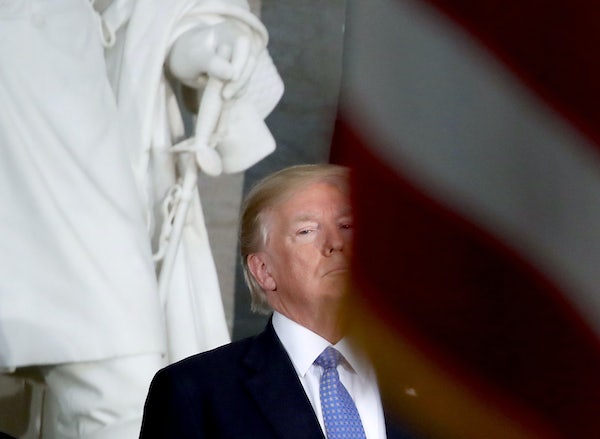 Why is Trump censoring some agencies’ climate science, but not others’?

NASA and the National Oceanic and Atmospheric Administration are holding an annual joint press conference on Thursday to announce global temperature data for the year 2017. Every year, the conclusion is pretty much the same: The planet is too hot, it’s getting hotter, and humans are to blame. This year’s announcement is no different. According to NASA, 2017 was the second-hottest year on record; according to NOAA, it’s the third hottest. (Both agencies say that the five warmest years on record have all occurred since 2010.)

While this annual announcement is predictable, this year was the first time the government’s temperature data was released under President Donald Trump. Some wondered whether Trump, a climate-science denier, would attempt to censor or alter this data. Would he order scientists to soften information that might undermine his policy agenda, like President George W. Bush did? Would he prevent government scientists who compiled the data from speaking with certain media outlets, which Bush also did?

In short: No. Thursday’s announcement went off without controversy. The data was released. The scientists were made available for questions. I asked whether Trump’s people were involved in the data’s analysis or release. “We’ve done this exactly the way we’ve always done,” NASA climatologist Gavin Schmidt said. “We’ve had no imput from any political appointees.”

On the one hand, this is good news—just as it was when Trump didn’t censor a major federal report in November that detailed humans’ responsibility for global warming. Political officials from the Trump administration may still be interfering with science at regulatory agencies at regulatory agencies like the Environmental Protection Agency and the Department of Interior, but at least they’ve left non-regulatory science agencies like NASA and NOAA alone.

And yet, one can’t help but wonder why Trump is leaving NASA and NOAA alone. The Bush administration interfered with regulatory and non-regulatory science agencies alike because it wanted the public to think that its environmental and public health policies were based on solid evidence. They feared what would happen if NASA or NOAA contradicted them on climate science. They considered science a powerful tool in shaping public opinion.

But when it comes to climate and the environment, Trump officials are only interfering with agencies like EPA and Interior, where sound science is often a legal requirement for regulatory decisions. In other words, the Trump administration recognizes that science is powerful in a legal sense, but seems less interested in using science to shape public opinion.

At any time you like, you can visit a website controlled by Donald Trump and learn not only that the planet is rapidly warming, but that there’s a scientific consensus that humans are the primary cause. You can watch stunning videos of ice melt in Greenland and Antarctica. From 1880 to the present day, you can watch the earth turn from a blue marble to an orange sphere freckled with red.

And yet, 32 percent of Americans still don’t believe global warming is caused by human activity; 38 percent don’t believe that changes are happening now; and climate change remains at the near-bottom of the public’s priority list. If the scientists who put a man on the moon and orbited a satellite around Saturn can’t change that, it’s hard to see what could.